The British Military Has a Problem 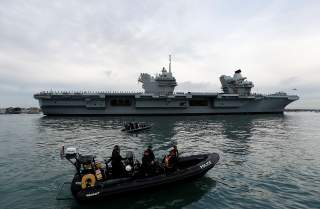 An audit by the National Audit Office—the British government’s financial watchdog—says the British military’s appetite is bigger than its budget.

The plan “remains unaffordable, with forecast costs exceeding budgets by £7.0 billion [US$9.2 billion] over the next 10 years,” the audit concluded. “This variance could increase or decrease depending on different circumstances, with the Department [Ministry of Defense] estimating a worst-case scenario of costs increasing by £14.8 billion [US$19.4 billion] should all the identified risks materialize. However, some of its analysis remains optimistic and costs could increase further. The Department is improving its understanding of affordability risks, but we are not yet fully confident in the robustness of some of its underlying assumptions, particularly around efficiencies.”

The ten-year plans began in 2012, after what auditors described as poor financial management that led to underestimated costs and insufficient budgets. The 2017–2027 plan included a litany of items, including new nuclear-powered submarines, armored vehicles, and F-35 jets.

But auditors warn that the Ministry of Defense is up to its old accounting magic. “The Department’s approach of setting a ten-year budget lower than the Plan’s forecast costs for 2018 to 2028 risks repeating practices which led to the Equipment Plan’s original introduction. In 2012, the Department announced its intention to make the Plan balance, with forecast costs fully funded from the start of the year. Since the Spending Review 2015 the Department has not fully funded its costs from the outset.”

Instead the military is resorting to reducing costs on an ad hoc basis that focuses on “short-term affordability rather than longer-term value for money. Our recent work, for example, on supporting naval equipment, has shown this can lead to increased costs. To make 2018–19 affordable, the Department has delayed work programs, such as replacing Astute-class submarines and introducing remotely controlled aircraft (Protector), which could increase future costs.”

Britain is hardly the only nation with defense budget shenanigans. The U.S. military has long fiddled the numbers to please Congress: for example, by stretching out production of an item by ordering fewer items over a greater number of years to shrink the budgetary cost per year, even though the overall price tag goes up.

A penny-pinching Treasury starving the military is an old British complaint that dates back to the 1930s and before. With the fifth-largest economy in the world, Britain should be able to afford a well-equipped military, even if there are questions whether big-ticket items like aircraft carriers and Trident missile submarines offer the best bang for the pound sterling. But like other nations, Britain has to juggle other priorities such as social-welfare programs. Guns and butter are needed, even though the cost of guns—and of butter—goes up each year.