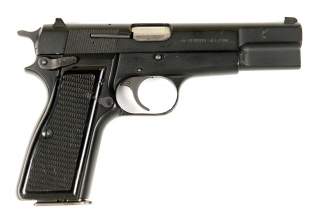 Key point: The first of the 9mm handguns that continue to dominate the handgun market.