Budgeting for Charity: A New Way for the Government to Encourage Giving 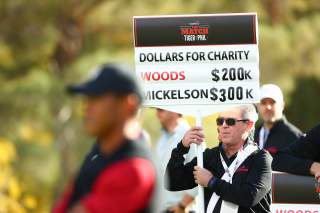 U.S. tax laws can subsidize charitable giving by the wealthy, through the charitable deduction, especially following changes that took effect in 2018. But many Americans who are middle class and working class also give some of their money away.

One thing that matters most to the charities that rely on this giving is the predictability of this revenue. Donors who give more predictably and more often make it easier for nonprofits to know what to expect, to plan ahead, and to pace their spending.

As a law professor and a certified financial planner, I believe charitable tax laws should be changed to make it easier for Americans to budget the money they give to charity. In my opinion, giving more donors a tax break would lead to an increase in giving by encouraging all Americans to make donations part of a routine instead of an occasional splurge.

For some people, the desire to give to charity is rooted in ethics or religious beliefs. The Bible and the Torah embrace the notion of a tithe, in which everyone sets aside a tenth of their earnings to give away. Other religions, such as Islam, encourage this kind of routine generosity too.

The primary reason most Americans say they give is out of concern for the well-being of others. What holds them back? One reason is that in a country where most workers live paycheck to paycheck, they are limited in what they can afford to give.

And the number of donors is declining, a long-term trend, even as the total dollars raised are rising.

Only about 10% could itemize in 2018, with 8.5% of them using the charitable deduction, according to research by the behavioral economist James Andreoni and Jon Durnford of the Datalake Nonprofit Research firm.

It may take years to see how the tax reform package changes giving patterns. Inflation-adjusted giving fell by 1.7% in 2018 to US$427.71 billion, according to a Giving USA report.

But there are steps Congress can take now to make charitable giving more affordable and widespread.

If you want to give to charity, credit counseling agencies recommend making charitable giving part of your financial plans, so you can make donations that don’t undermine your financial security.

Another advantage, the financial adviser and writer Priya Malani explains, is that setting money aside makes following through on a meaningful donation more likely.

Even when donors primarily aim to help the charity, they can afford to give more when making their gift costs less due to a tax break. Under current law, for the high-tax-bracket taxpayers who take advantage of the charitable deduction, donations can cost them only two-thirds as much as the value of their charitable gifts when they claim the tax break.

The Everyday Philanthropist Act, a bipartisan bill, would allow workers to set aside up to $2,700 in pre-tax dollars in a flexible giving account to budget for gifts to charity.

These accounts would be modeled after the flexible spending accounts many taxpayers use to offset some of their dependent care and medical expenses. Because they make it possible to spend pre-tax earnings, the net cost to participants is less than the net gain for the causes they support.

Reps. Vern Buchanan, a Florida Republican, and Tom Suozzi, a New York Democrat, introduced the legislation in the House of Representatives for a second time in July 2019. So far, no companion legislation is pending in the Senate.

Flexible giving accounts would offer an efficient method to budget for charitable giving because they prompt monthly contributions. Funding savings through automatic withdrawals is an effective way to save because it doesn’t require ongoing effort.

This would encourage people to pace their giving in a way that makes donations more predictable for charities. Most people can more easily afford making small payments each month instead of big annual ones, and charities benefit from coordinated giving. Nonprofits value sustaining donors for a variety of reasons, not the least of which is predictable cash flows.

What’s more, the tax savings would increase the amount Americans can give away.

Tax laws affect how donors manage their money and can nudge givers into better habits. The nonprofits these donors value are eager for more sources of stable support. Charity may begin at home, but I believe charitable tax law changes should begin in the House – and the Senate.