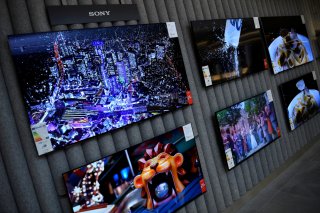 Samsung earlier this year introduced the SB95, its first-ever TV featuring QD-OLED panels. The TV, so far, has gotten stellar reviews, with review website RTINGS listing it atop its current rankings of the best TVs available, a list that has typically put LG OLED models on top in recent years.

However, the TV didn’t arrive without bugs. As pointed out by TV reviewer Vincent Teoh on Twitter, Samsung has announced plans to fix one big with a firmware update.

"Good news for S95B QD-OLED owners who value image accuracy & creative intent! Samsung's sent word that it'll issue a firmware update to fix the window size discrepancy in Filmmaker Mode HDR brightness measurements," Teoh tweeted, adding that it has caused his final review of the TV to be pushed back.

Teoh also added a statement from Samsung about the update.

"Samsung remains committed to relentless innovation to provide the best picture quality to our consumers," the statement said. "Filmmaker Mode (FMM) is recommended by the UHD Alliance (UDHA) to preserve the creative intent of filmmakers and producers."

It went on to promise the software update, "to provide a more dynamic viewing experience for the consumers."

Filmmaker Mode was established in 2020 as a collaboration between the Ultra HD Alliance and several prominent Hollywood directors, in order to discourage the motion-smoothing setting on TVs. Among those lending their names to the cause were Paul Thomas Anderson, Ryan Coogler, Patty Jenkins, Martin Scorsese, M. Night Shyamalan, J.J. Abrams, and Christopher Nolan. The idea was that new TVs would be shipped without motion smoothing set as the default, as had been the case previously.

Samsung was one of the manufacturers on board with Filmmaker Mode at the time of its launch, and it rolled out Filmmaker mode to several of its QLED and other TVs back in 2020.

But what about Samsung’s plans for other, non-QD OLED TVs?

According to a report from Techradar this week, Samsung plans to buy panels from LG Display for those TVs, but the two companies are "are locked in a battle over the price of panels." The site, which cited reporting out of South Korea from The Elec, stated that the sides likely must reach an agreement by May if the TVs are to arrive this year.

There is one big, sports-related reason for Samsung to want the TVs on the market this year.

"Samsung would likely prefer to make some more mainstream-priced OLED TVs available in 2022, and The Elec notes that ideally they'd arrive before the World Cup 2022, which is mercifully late in the year. (Mercifully for Samsung's corporate interests, not really for the rest of us)," Techradar said.