"Burn the Boats": The U.S. Navy Wants To Mount Laser Weapons on a Destroyer 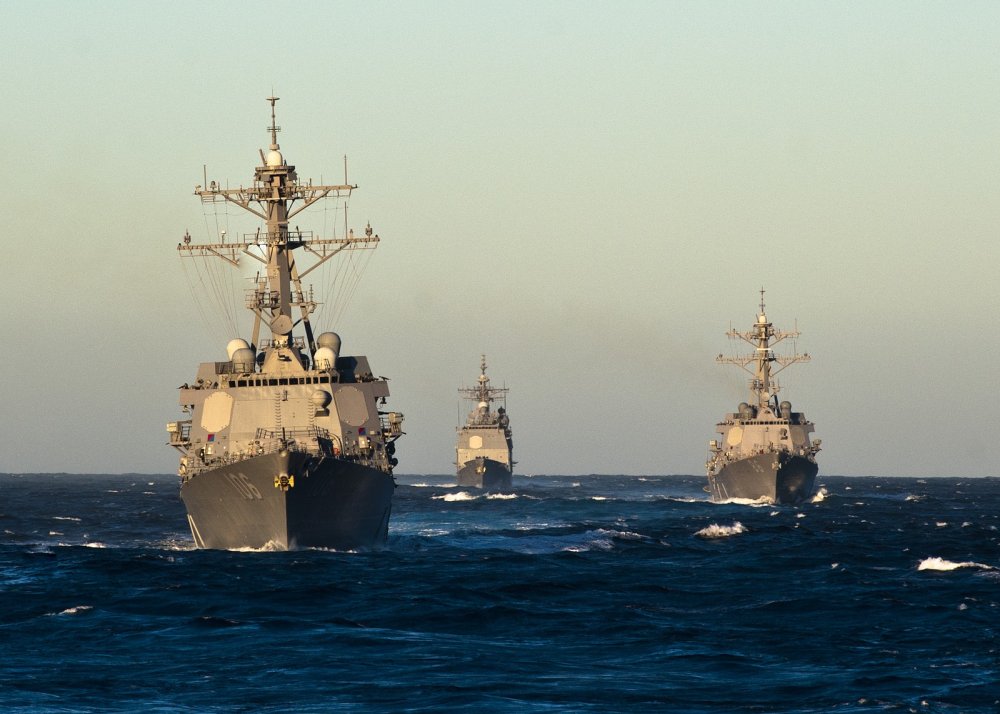 In the long-term, though, "burning the boats" may prove a cost-effective addition to surface combatants' weapons systems.

The Navy intends to mount a laser weapons system aboard a guided-missile destroyer for user against small enemy watercraft in the next two years, the head of the service's surface warfare directorate announced on Wednesday.

"We are going to burn the boats if you will and move forward with this technology," Rear Adm. Ron Boxall said during an industry summit in Washington, D.C., according to USNI News.

According to Boxall, the Navy wants to install a High Energy Laser and Integrated Optical-dazzler with Surveillance (or the aptly-named HELIOS) aboard an Arleigh Burke-class destroyer by some time in 2021.

Developed by Lockheed Martin under a $150 million contract, the 60 kilowatt HELIOS system offers triple the power of the 20 kw Office of Naval Research (ONR)-sponsored AN/SEQ-3 Laser Weapon System that the Navy unveiled on the USS Ponce was back in 2014.

The LaWS, primarily deployed to deal with the growing threat of unmanned aerial systems in the Persian Gulf, has since been repurposed as a "land-based test asset" for the HELIOS system after the Ponce was decommissioned in October 2017, according to a Congressional Research Service report published in October 2018.

The HELIOS, by contrast, is a primarily offensive system, Boxall said, one that poses its own challenges in terms of sensor and targeting capabilities on the Navy surface fleet's Aegis combat system.

"The problem I have today is the integration of that system into my existing combat system," Boxall said, per USNI News. "If I have this system that can kill and I have a system that can actually sense, then I have to make sure it integrates with the other things I have on my ship that can sense and kill, namely the Aegis weapon system."

In the long-term, though, "burning the boats" may prove a cost-effective addition to surface combatants' weapons systems if only to free up systems like the Phalanx close-in weapon system and the Rolling Airframe Missile (RAM) that pose a relatively high cost per shot.