Calculated Risk: This Is How China Will Use Its Aircraft Carriers Against America 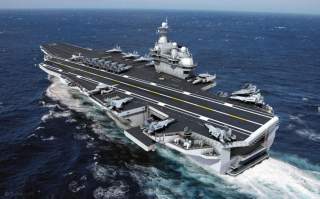 Key Point: China understands that its carrier force would be a pivotal and influential capability, essential to its quest for regional dominance.

Bryan McGrath is the Managing Director of The FerryBridge Group LLC, and the Assistant Director of Hudson Institute’s Center for American Seapower. Mackenzie Eaglen is a resident fellow in the Marilyn Ware Center for Security Studies at the American Enterprise Institute, where she works on defense issues. This piece was first featured in 2015 and is being republished due to reader's interest.