Calling Dr. Evil: The Army Is Considering Putting Lasers on the Tank-Of-The-Future 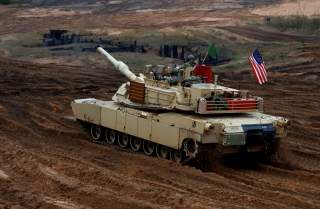 The Army should begin a program to develop a new version of the Abrams, the A3. This program should have two goals. First and foremost, reduce the weight of the Abrams tanks. Second, make the Abrams as much a sensor platform as a shooter​.

(This article originally appeared earlier this year and is being republished due to reader interest.)