Can the Air Force Shield Its New ICBM from Cyberattacks? 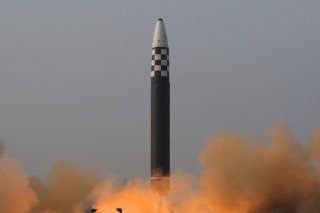 While senior military leaders and members of Congress cite a long list of reasons why the Pentagon needs to deliver the new Sentinel intercontinental ballistic missile (ICBM) by 2029, there is one especially concerning issue related to the continued use of the upgraded Minuteman III ICBM. Simply put, it could be hacked.

Pentagon officials don’t elaborate on the specifics related to technical threats, but many make the general point that the Minuteman III ICBM is simply insufficient to address the threat environment of the twenty-first century. For instance, Russian and Chinese hacking capabilities and the fast-evolving development of space weapons and jamming technologies might undermine the Minuteman III’s ability to stay on target.

The RAND report quotes Richard as saying, “I need a weapon that can fly and make it to the target. Minuteman III is increasingly challenged in its ability to do that. … “There is almost no possibility of an upgrade [to the Minuteman III] on that relative to the threat.”

By contrast, the new Sentinel ICBM, formerly known as the Ground Based Strategic Deterrent, is being engineered with what RAND researchers call a “dedicated cybersecurity component tasked with integrating cyber requirements throughout the system design.” The report’s authors note that the Sentinel’s cyber focus is a “stark contrast to the Minuteman III, which was first developed and fielded before the invention of the internet and which senior defense officials have cautioned can no longer be retrofitted to meet evolving cyber threats.”

While many of the specifics aren’t available to the public, there are a number of areas where enemy cyberattacks might focus. For instance, computerized ground-based command and control networks could be targeted with intrusions, distributed denial-of-service (DDoS) attacks, or malware. Guidance systems could be targeted by software-programmable radio frequency or electronic warfare signals seeking to “jam” an ICBM’s flight trajectory toward a target. Moreover, communications networks engineered to relay time-sensitive threat information to decision-makers could also be targeted with similar attacks.

For several years now, the Air Force has been working on implementing a seven-point cybersecurity effort intended to increase cyber resilience by finding and addressing potential vulnerabilities early in the developmental process. The intent, first outlined by Air Force Materiel Command years ago, is to “bake in” cyber protections by identifying possible risks during the prototyping and early digital engineering phases of development. Digital engineering is one reason why the new Sentinel is on track to emerge by 2029, as weapons developers had opportunities to examine multiple design models before committing to a single design.  Given the fast-changing threat equation, addressing cybersecurity was likely a major part of this process.

As part of the preparation and technological maturation process for the Sentinel, the Air Force has been working with Northrop Grumman to engineer new command and control systems, computing infrastructure, and networking capabilities. One specific effort has involved finding ways to ensure that enemy intrusions cannot access any launch protocol systems.

The advanced command and control system is also likely to secure data transfers from threat detection systems to higher authorities, which could shorten the timeline between when senior decision-makers learn of a threat and responsive weapons systems are put on alert. This could incorporate space connectivity with fortified ground control stations in position to quickly integrate with ICBMs should there be an unanticipated attack.

The growing cyber-reliance of weapons systems reinforces the need to harden command and control networks and computer processing systems for America’s new ICBMs, as advanced connectivity can introduce both novel advantages and risks. This helps explain why the entire hardware and software infrastructure necessary to support the new Sentinel ICBMs is essentially being rebuilt with upgradeable and securely developed technologies.