Can America Prevent Genocide in Ethiopia? 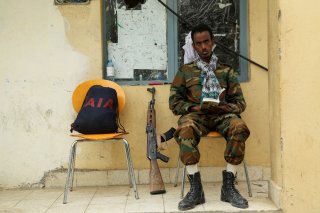 For nearly two years, a war has raged in Ethiopia as the elected government has fought to suppress a rebellion by the Tigray People’s Liberation Front (TPLF). The conflict began in early November 2020 when the Ethiopian government marched into Tigray, reportedly in response to a TPLF attack on government forces. Civil war erupted soon after. The war has had an unspeakable toll on Ethiopia. Recent reports indicate that violence is escalating, and the director general of the World Health Organization has warned there is a “very narrow window now to prevent a genocide.” While unilateral intervention by the United States is not in the American interest, the Responsibility to Protect requires collective action by the UN Security Council and General Assembly to prevent genocide.

In March 2022, a report from Ghent University estimated that around 500,000 people died in the first sixteen months of the conflict, with 100,000 of the deaths being direct killings. There have been 283 mass killing events of five or more civilians, 200,000 starvation deaths, and 100,000 deaths due to inadequate access to healthcare. An additional 2.5 million people have been forcefully displaced.

Samantha Power, the administrator of the U.S. Agency for International Development (USAID), warned that 1 million people are on the brink of famine. In January, the UN World Food Programme estimated that 40 percent of Tigrayans are suffering from an extreme lack of food and 9 million people across the three conflict-affected regions—Tigray, Amhara, and Afar—need humanitarian food assistance.

Why Genocide Is Possible

Since the conflict’s inception, the Ethiopian government has maintained a blockade on humanitarian aid, trade, transport, banking, electricity, and telecommunications. According to Refugees International, as of February 2022, only 6 percent of the food trucks needed to avert a famine have been allowed to enter Tigray. The internet is blocked in Tigray, and the government has denied press access since June 2021 to downplay fighting and control the narrative.

Moreover, both sides have accused the other of employing human waves, a battle tactic infamous in Ethiopian warfare that uses a broad frontal approach by foot soldiers who attempt to overwhelm the enemy with sheer numbers, sending body after body until the enemy runs out of ammunition. The tactic results in mass casualties.

The casualties and displacements are only part of the issue. The government-controlled information war is driving latent hatred for Tigrayans. Consequently, the Ethiopian population has condoned the unification of native ethnic groups with Eritrea against Tigrayans. The common hatred and unification against Tigrayans can only be described as ethnic cleansing, bordering on genocide.

Two historical grievances drive this unification. The first grievance, while internal, isn’t a simple matter of sovereignty, despite Ethiopian demonstrators’ claims. Years of brutal rule by the TPLF have created a general hatred for all Tigrayans. The dehumanization of Tigrayans has created an apathy towards war crimes by both Eritrean and Ethiopian forces at best, and at worst, a zeal for total victory, with one Ethiopian official allegedly stating that “they are going to wipe out the Tigrayans for 100 years.” Tigrayans have for decades been the target of hate speech, which has intensified since the start of the war and escalated to cyberbullying and murder. There is a growing fear that such rhetoric is now fueling ethnic cleansing.

The grievances felt by the Oromos, Amharas, and Ethiopia’s other ethnic groups are legitimate. The TPLF’s rule was brutal, and reports indicate that TPLF soldiers have committed numerous war crimes, including rape and mass killings. The group is also allegedly denying any accessible food aid to families that refuse to honor its “one family, one soldier” conscription policy. However, the targeted eradication of an entire ethnic group through the guise of stamping out political rebellion cannot be ignored.

The second historical grievance plaguing the Tigrayan war is the bitter animosity between the TPLF and Eritrea. Their dispute over regional influence in the Horn of Africa manifested itself in 1998 in a border fight—a conflict over a century-old line created by vaguely worded treaties between Italian-controlled Eritrea and the Ethiopian Empire but never adequately demarcated.

The TPLF and the Eritrean People’s Liberation Front (EPLF) were strong allies in the thirty-year war for Eritrea’s independence from Ethiopia. However, the relationship soured shortly after Eritrea gained its independence by referendum in 1993. In 1997, the TPLF published a map claiming areas of Eritrea and the Ethiopian Amhara region for Tigray. After a single diplomatic effort failed, violence erupted on the Ethiopia-Eritrea border, with around 70,000 killed in a brutal two-year war.

The war ended diplomatically with the Algiers Agreement in 2000, but it was a military victory for Ethiopia. Addis Ababa controlled nearly one-third of Eritrean territory when the fighting stopped, but a border commission established by the agreement ultimately concluded that the land central to the border dispute belonged to Eritrea. The TPLF, as the ruling party in Ethiopia, refused to acknowledge the ruling, and the EPLF never forgot its losses at the hands of its former allies. Years later, Ethiopian prime minister Abiy Ahmed signed a treaty with Eritrea after taking power in 2018, securing a new ally with a score to settle. However, Eritrea’s quest for revenge against the TPLF and its own agenda regarding Eritrean refugees has escalated the violence and increased the risk of genocide.

What Can Washington Do?

The United States should take three steps to prevent genocide. First, the United States must support the African Union-led effort to mediate a peaceful ceasefire and a long-term resolution, which began this month. However, at the behest of the Ethiopian government, Washington must resist any urge to control negotiations and should remain only in a support role. Additionally, U.S. observers should respect the media blackout of negotiations and allow the African parties to control press coordination.

Second, the United States must continue to support Sudan and other countries as they host refugees. Over 60,000 people have fled to eastern Sudan; there is a risk that the fleeing population will overwhelm countries dealing with their own domestic issues or be outright targeted by failing governments looking to scapegoat vulnerable people. Additionally, after alarming reports coming out of Kenya, the United States must work with the UN to provide security for refugees in neighboring countries.

Finally, the United States must act to remove Eritrea from the fight. Due to historical grievances, Eritrea has a grudge against the TPLF; their involvement increases the likelihood of indiscriminate killing.

The United States should place an arms embargo on Eritrea and develop punitive measures should it not exit the conflict. Additionally, as a reward for compliance, the United States could offer an aid package to fund Eritrea’s struggling mine removal efforts—an issue that has persisted since the border war with Ethiopia over twenty years ago. Although Eritrea hasn’t allowed any international demining operators to conduct surveys or clearances in the country since 2005, in 2014, the government declared that progress would remain slow due to a lack of resources. Eritrea’s non-compliance could present an avenue to use humanitarian support to coax it out of the war in Ethiopia.

Additionally, the United States should offer to remove sanctions placed on Ethiopia if it moves to expel Eritrean troops from the country. Abiy has often declared that the issue is a civil war for Ethiopia to solve, a rationale that the United States can use against him to end Eritrean participation.

U.S. leaders often tout American values to justify Washington’s position. The United States has squandered this seat for decades by engaging in ill-fated unilateral military efforts and weapons sales in the name of counter-terrorism pursuits. These actions have eroded the concept of American goodwill and degraded U.S. soft power. While direct intervention in Ethiopia is not in the American interest, retaining that moral high ground is. The United States can retain some goodwill not by picking a side and providing weapons but by working to save lives and prevent genocide.