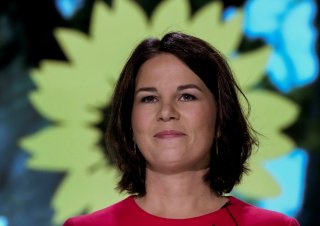 After Germany faced a series of devastating floods, fighting climate change might become a bigger priority. This can dramatically affect the upcoming September elections and give Annalena Baerbock, the Greens candidate, a boost in the polls.

If the Greens rise to power, how will this change Germany's policies toward Russia? Baerbock has campaigned on the promise to withdraw political support for the Nord Stream 2 pipeline and to take a tougher stance on Russia. But will she be able to do it? Probably not.

The problem that Baerbock will face is much larger than the cancellation of just one pipeline. She will need to disengage Germany from Russian energy. Like any industrialized country, Germany needs an abundance of energy, and its economy has been built on cheap and convenient access to Russian resources: no country other than Russia can provide the necessary volumes at the right price. Norway, another prominent natural gas exporter to Germany, simply does not have the needed capacity, while imports of U.S. and Qatari Liquified Natural Gas (LNG) tend to be more expensive.

Meanwhile, BASF, a major German petrochemical company—the largest in Europe—has very close ties with Russian energy giant Gazprom. Since 2003, BASF's full subsidiary, Wintershall, a major German oil and gas producer, has had access to lucrative gas fields in Western Siberia. It continues to produce gas from Siberia and send it back home to Germany. Petrochemical production in Germany is thriving.

Meanwhile, Gazprom and Wintershall have had numerous asset swaps and Gazprom now owns several of the largest German gas stores. Germany and other European countries rely heavily on these storages during shortages.

In May 2019, the merger of German oil and gas companies Wintershall and DEA came from the consolidation of BASF capital and Russian money. A new oil and gas company, WIntershall DEA, was born with BASF (sixty-seven percent) and Letter One (thirty-three percent) as shareholders. Letter One was a company sponsored by a Russian billionaire, Mikhail Fridman, who has close ties to Russian president Vladimir Putin. Russian billionaires do not tend to be independent business people but holders and managers of Kremlin money.  To meet Western standards, Fridman hired a former BP CEO, Lord Brown, to run the company. Lord Brown changed Letter One to DEA, registered it in Germany, and merged it with the Wintershall. By 2021 the company became a major European oil and gas producer. Whether a newly-elected Chancellor will be willing or able to fight these powerful business interests remains to be seen.

It can be argued, however, that the urgency of climate change will help Annalena Baerdock to force Germany's shift away from oil and gas. While the argument has a lot of merits, it has to be checked by reality. First, the petrochemical industry remains in demand for the foreseeable future, and gas will be needed as a feedstock.  Second, Germany's auto industry, which is shifting to electric cars, will continue to require an abundance of electricity. Currently, wind and coal are the leading electricity producers in Germany but coal has to be replaced. Gas will be the easiest choice for replacement. Third, the hydrogen that Germany currently pushing for will need to be produced as well. The cheapest and fastest way to make it is from natural gas.

Ironically, in order to substitute oil and gas with green energy, Germany will still need massive inflows of natural gas—at least for the transition period. And this period might be unexpectedly long. During that period, the essence of the Russian – German relationship will remain the same: Germany will need natural gas, and Russia will be willing to deliver.