Can This App Diagnose Coronavirus from a Cough? 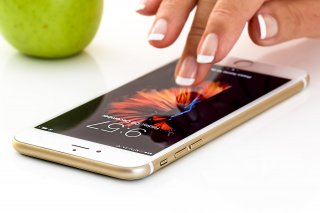 Ever since the start of the coronavirus epidemic, a major concern has been the lack of available tests. In some parts of the U.S., even people showing clear symptoms of infection haven't necessarily been able to obtain a test.

Now, a group of ten researchers and scientists from Carnegie Mellon University in Pittsburgh are working on building a web-based app to analyze the coughs of those with coronavirus systems. The team has been working on the app from home, with Carnegie Mellon closed since last month.

As first reported by the journal known as Futurism, the researchers have developed an experimental algorithm, called COVID Voice Detector, in which participants can submit recordings. The researchers, however, are very clear that their program is "not a diagnostic system," nor is it to be treated as medical advice, or as a substitute for an actual medical test or formal diagnosis.

"We are a team of scientists and engineers who work on voice forensic technologies. Our goal is to develop a voice-based testing system for assessing risk of COVID-19, that could potentially reach every person in the world," the website says. "Please contribute to our efforts to combat the disease. By contributing a short recording and your COVID status, you will enable us to build audio-based warning systems to help fight the epidemic."

“What we are attempting to do is to develop a voice-based solution, which, based on preliminary experiments and prior expertise, we believe is possible," Carnegie Mellon computer science professor Bhiksha Raj, who is involved with the project, told Futurism. He cautioned, however, that "the app’s results are preliminary and untested."

The idea of the research is to collect a database of voice recordings in order to refine them into usable data.

However, Futurism did include a quote from a Columbia University Medical Center professor who expressed skepticism about the effort.

“Despite what could be a well-intentioned attempt by a bunch of engineers to help during this crisis, this is not exactly the messaging we want to be out there,” Columbia's Ashwin Vasan told the journal.