Can Europe Spend Enough Money to Stop a Coronavirus Recession? 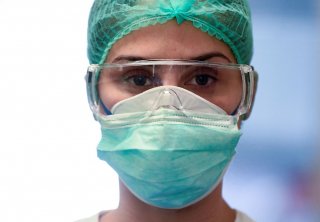 As the coronavirus outbreak begins to bite deeper into economic growth, Europe is scrambling to provide lifelines to the increasing number of households and businesses now struggling to make ends meet under quarantine. On March 16, the finance ministers of the eurozone discussed the possibility of using the European Union's permanent bailout fund, the European Stability Mechanism, to support countries in distress. In recent days, the governments of Europe's five largest economies have also all unveiled multiple measures intended to mitigate the economic fallout of the coronavirus outbreak, including cheaper credit lines, tax delays, and additional support for workers whose incomes have been affected:

These measures all share the same goal: putting extra money in the pockets of companies and individuals at a time when the global economy is slowing down. The coronavirus outbreak in Europe, in particular, has created a vicious economic cycle: Increasingly severe quarantine measures to contain the virus are slowing down economic activity by forcing millions of people to stay at home, as well many businesses to either stop or severely reduce their operations. This lower economic activity is, in turn, forcing more companies — ranging from restaurants to airlines — to temporarily suspend some or all of their personnel. Those workers then see a reduction in their income, and any unemployment benefits they receive are often lower than their salaries. This then further reduces their ability to consume, leading to even lower production rates.

The Long Road to Recovery

The new measures now being rolled out by Europe's largest economies are meant to break this vicious cycle, but the negative impact of the outbreak in the economy will still be felt. Many European companies, ranging from airlines to carmakers, have recently announced significant losses and temporary suspensions of their activities due to quarantine measures introduced by governments across the Continent. Europe’s largest carmaker Volkswagen, for example, announced on March 17 that it will shut down its factories in Europe for at least the next two or three weeks. Meanwhile, in Spain (which has implemented some of the strictest quarantine measures), some 100,000 workers have been suspended in recent weeks.

It could take weeks, if not months, for the impact of France, Germany, Spain, the United Kingdom and Italy's new relief measures to be fully realized in their economies. In the meantime, many businesses across the Continent will go bankrupt, while others may be forced to permanently lay-off some of the workers they've suspended. This suggests that Europe will feel the economic impact of the coronavirus outbreak long after the contagion itself is contained.

Europe Tries to Spend Its Way out of the Coronavirus Crisis is republished with the permission of Stratfor Worldview, a geopolitical intelligence and advisory firm.