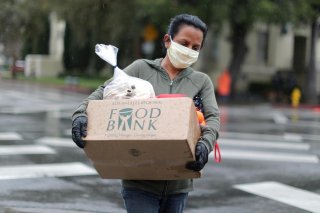 Twelve years after the 2008 financial crisis, America's housing finance system is once again under strain. The acute decline in economic activity that coronavirus fears and government-mandated lockdowns have caused is disrupting cash flows for millions of households and businesses. In just four weeks, 22 million people have filed unemployment claims. Many among the new jobless are homeowners who will be unable to make payments on their loans, at least for a while.

Some legislative actions have sought to help these hard-pressed households. As part of its economic relief provisions, the CARES Act requires servicers of federally-backed mortgage loans to grant forbearance of up to 180 days (extensible for another 180) to any eligible mortgage-holder who requests it, without additional documentation. Eligible mortgages include those backed by Fannie Mae and Freddie Mac, two government-sponsored enterprises (GSEs) currently in the conservatorship of the Federal Housing Finance Agency (FHFA), and by Ginnie Mae, which the federal government guarantees directly. Altogether, such mortgages comprise around 65 percent of outstanding mortgage credit in the United States.

These CARES Act provisions have put mortgage servicers, who collect borrowers' monthly loan payments and pass them on to mortgage-backed securities (MBS) investors, in a bind. They must still comply with their contractual obligations, including having to make advances to some investors even when borrowers go delinquent. Yet the suddenness and extent of coronavirus-related economic distress means that many will soon face a delinquency rate far greater than they would normally plan for.

According to mortgage data provider Black Knight, more than 2.9 million homeowners have already applied for forbearance under the CARES Act, for an aggregate rate of 5.5 percent of loans. Forbearances are a higher percentage of Ginnie Mae (7.5 percent) than GSE (Fannie/Freddie) loans (4.9 percent), because Ginnie's portfolio focuses on borrowers with lower credit scores and smaller down payments, who tend to be more vulnerable to economic downturns. Still, these numbers are unusually high and quickly approximating the 2010 peak of 14.3 percent. Some analysts expect forbearance rates to reach as high as 70 percent for Ginnie loans and 30 percent for GSE loans.

In response to these escalating forbearances, on April 10 Ginnie Mae announced a special assistance program for servicers experiencing liquidity problems "directly attributable to the national emergency." But that may not be enough: as the mortgage market picture worsens, and forbearances accumulate beyond Ginnie Mae loans, calls for a liquidity facility for GSE servicers grow louder. Late last week, various outlets reported Wall Street's frustration at FHFA Director Mark Calabria's alleged reluctance to have Fannie and Freddie, whose activity he closely supervises as conservator, offer additional relief. (Full disclosure: Calabria was formerly director of financial regulation studies at the Cato Institute, a post he left in early 2017.) Late last Monday, the Wall Street Journal reported that the FHFA was contemplating allowing Fannie and Freddie to buy mortgages in forbearance from their servicers, following "pressure from the industry and members of Congress."

Although market participants' concern is understandable, the virulence of their criticism is surprising. After all, Calabria's job is to care for the safety and soundness of Fannie and Freddie, as well as the Federal Home Loan Bank system; and although mortgage servicers must follow Fannie and Freddie's guidelines, they are not under the FHFA's direct supervision. The situation is further complicated by Calabria's plans, which the Trump Administration has endorsed, to prepare the GSEs for release from conservatorship by reducing their footprint and providing for capital retention that will create a buffer against loan losses. At the end of 2019, Fannie and Freddie had equity-to-asset ratios equal to 0.42 percent and 0.47 percent, respectively-–-just a twentieth of the typical bank capital buffer and below what any expert would consider prudent.

Mortgage servicers and their advocates argue that Fannie and Freddie should advance the payments for loans in forbearance on servicers' behalf. There's at least a superficial neatness to that approach. Because Fannie and Freddie guarantee the loans, they wouldn't be exposed to additional credit risk by acting as servicers of last resort. By helping servicers today, they might even forestall the failure of some, sparing themselves and affected borrowers the pain of reallocating failed servicers' assets. And because of their government sponsorship, Fannie and Freddie can borrow even in distressed markets at rates close to those on Treasury securities, whereas servicers are reportedly watching nervously as banks tighten their warehouse credit lines.

The alternative to liquidity provision by the well-placed but fragile and thinly capitalized GSEs is an emergency facility from the Treasury and Fed, which the Federal Reserve Act authorizes under Section 13(3). Under such an arrangement, the Fed provides additional liquidity through loans, while the Treasury puts up the "risk capital" to cover potential losses. Such facilities are currently in place for business relief programs enacted in the CARES Act. Ed DeMarco of the Housing Policy Council, an industry advocacy group, recently called for such an approach to GSE servicer relief as "the continued operation of the GSEs in conservatorship makes [it] understandable . . . that [they] cannot step in to meet this need."

What's been largely missing from the discussion of GSE servicer woes are attempts to quantify their likely liquidity needs. Politico recently reported that "servicers will be on the hook for $100 billion in payments," citing industry figures. My own calculations, however, give an estimate of $8 billion to $12 billion worth of principal, interest, insurance, and tax advances. The large discrepancy hinges on certain assumptions, which I explain below. Yet arriving at a consensus estimate matters because it will determine which of the two approaches above is more appropriate. Fannie and Freddie might be able to handle emergency advances worth a few billion dollars, but for larger amounts a Fed-backed 13(3) facility would probably be better. If the shortfall is small enough, we might even manage without a special facility and instead have the GSEs transfer some servicing rights from weaker to stronger servicers.

My estimate rests on several assumptions, none of which seem to be heroic. First, I assume only nonbank servicers will face a cash crunch, as banks and credit unions have more diversified portfolios, stable deposit funding, and discount-window lending from the Federal Reserve. Second, I exclude the share of mortgage payments that servicers need only deliver if the borrower pays. This adjustment reflects the different remittance types Fannie and Freddie offer. Most Fannie servicing contracts are of the "scheduled/scheduled" type, which require servicers to pass on principal and interest due no matter what. But a significant proportion of remittances are "actual/actual," meaning no servicer obligation arises unless the borrower pays. In Freddie's case, and to further befuddle the reader, all contracts are "scheduled/actual," so that only the interest on the loan is due come what may.

My third assumption is a maximum length of time during which servicers will have to make advances of four months (120 days). It's standard GSE practice to buy out delinquent loans from servicers after this period. And although servicers had warned that loans under forbearance might not trigger the 120-day countdown because they don't qualify as delinquent, yesterday the FHFA announced that servicers will not need to advance more than four months of missed payments on loans in forbearance. Just when the GSEs will reimburse servicers for those advances remains unclear. Finally, I assume the forbearance rate will reach 20 to 30 percent, in line with the expectations of other analysts. My estimates are nonetheless robust to changes in these variables: for example, a catastrophic scenario with 40 percent forbearance lasting nine months yields a shortfall of under $36 billion. That's because the main determinants of the shortfall are the number of servicers and loans affected.

Even with these adjustments, my central forecast of $8 billion to $12 billion may be an overestimate of the cash crunch, as the larger nonbanks appear to have enough liquidity to handle accumulating forbearances for a few months. Ginnie's assistance program will give further relief to nonbanks servicing both GSE and Ginnie loans, allowing them to focus their own funds on meeting GSE advance obligations. As borrowers begin to refinance their mortgages in response to declining rates, nonbank servicers could also use prepayment income to fund their short-term advance obligations. On the other hand, should some bank and credit union servicers run into trouble despite their apparently easy access to emergency liquidity, or should nonbanks find themselves completely shut off from bank warehouse loans, my estimates will fall short of servicers' actual funding need. Nonbanks' condition may also worsen if forbearance requests on new loans cause the GSEs not to guarantee repayment, encumbering their sale.

The rapidly evolving public health situation, and the consequent uncertainty regarding its macroeconomic effects and impact on mortgage borrower cash flows, should not preclude a cool-headed analysis of mortgage servicers' problems. Although the Treasury and Fed may well decide to set up an emergency facility on their behalf, such a facility shouldn't be a blank check. Instead, regulators and servicers should publicly disclose their forecasts so policymakers and others may properly assess them. Any other approach would risk creating an unnecessary taxpayer subsidy, with the associated moral hazard, and could also have the unintended effect of turning Fannie and Freddie into servicers not merely of last resort, but for all rough seasons.

This article by Diego Zuluaga first appeared in CATO on April 4, 2020.