Can the Government Avoid the Mistakes of the 2008 Mortgage Crisis? 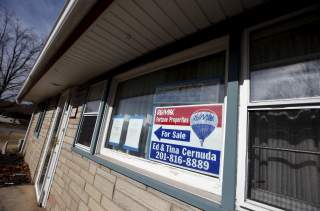 Fannie Mae and Freddie Mac, the two government-sponsored-enterprises that supply affordable mortgages across the country, are cutting back on loans to certain risky borrowers. This appears to come at the direction of their regulating agency, the Federal Housing Finance Agency (FHFA). This reduction in risky loans may signal that the FHFA is anticipating an economic downturn.

Curtailing loans to individuals with low down payments, or those deeply in debt, should lower the risk of mortgage defaults, which were a major driver of the 2008 financial crisis. Thus the FHFA’s decision is a step in the right direction, but it misses the fundamental issue: government should not promote homeownership.

The U.S.’s long standing goal of greater homeownership is disguised redistribution that creates more risk in financial markets by offering loans to individuals who cannot afford them. The way to improve affordability is not through redistribution but instead via elimination of land use regulations.

Directing Fannie and Freddie to change their lending behavior is a reasonable first step. Ultimately, however, the goal must be to remove government from the housing and mortgage lending businesses.

This article by Jeffrey Miron and Erin Partin first appeared at CATO on December 11, 2019.