Can HBO’s Game of Thrones Spinoff Live Up to the Hype? 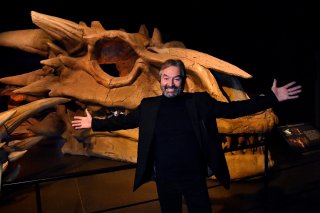 Game of Thrones went off the air on HBO three years ago, but the world of Westeros will return this year with the arrival of House of the Dragon, the first Game of Thrones spinoff.

The new show, set a few centuries before the events of Game of Thrones, follows the rise of House Targaryen, one of the dynasties from the original series. The showrunners are Ryan Condal and Miguel Sapochnik. And while book author George R.R. Martin is involved with the show, original showrunners D.B. Weiss and David Benioff are not. The series will arrive on HBO and HBO Max on August 21.

While a teaser trailer was released last fall, a new one has arrived with more footage.

Lasting a little under two minutes, the teaser looks much like Game of Thrones. There are battles, castles, dragons, and people plotting for the throne, all of which were features of the original show.

“History does not remember blood, it remembers names,” a character says in the teaser. And indeed, the teaser includes several familiar surnames from the series, including Targaryen and Baratheon.

When it arrives, House of the Dragon will appear in a very different entertainment landscape than the one that existed when Game of Thrones premiered back in 2012. Back then, HBO’s model was all about driving subscriptions to its cable channel while also gaining some revenue from sales of DVDs and Blu-rays.

Over the course of the show’s seven-year run, things slowly changed, with streaming quickly emerging and some fans demanding the ability to pay for a streaming subscription to the channel. That eventually happened with the launch of HBO Now in 2015, which was eventually expanded to HBO Max. Notably, Game of Thrones was the most frequently pirated show on television for most of its run.

In addition, HBO’s parent company, formerly Time Warner, then WarnerMedia, and now Warner Brothers Discovery, has been sold twice since the heyday of Game of Thrones.

And there’s also much more competition, both broadly and in the specific fantasy genre. An Amazon Prime adaption of Lord of the Rings—The Lord of the Rings: The Rings of Power—is scheduled to debut on September 2, just two weeks after House of the Dragon.

It was recently reported by Variety that HBO is paying less than $20 million per episode for House of the Dragon, which is more than Game of Thrones cost for most of its run but is still less than some other current shows, like Netflix’s Stranger Things. This is largely because the show has not hired A-list actors, and also because HBO has a lot of experience efficiently producing complex TV productions.