Can an iPad Pro Truly Replace Your Laptop Computer? 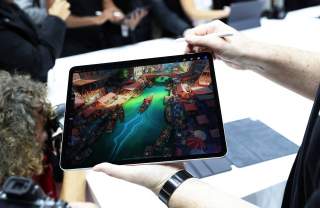 Ten years ago, Apple introduced the first-generation iPad as a “third category of device” to compliment laptops and smartphones, offering an intuitive, more pleasant way to browse the internet and consume media. But the iPad concept has matured by leaps and bounds over the past decade, and so have Apple’s ambitions for their tablet line.

Since the inauguration of the iPad Pro family of products in late 2015, Apple has continued to insist that iPads can replace your laptop. With its updated design and bespoke “iPad OS” operating system, the latest (2018) iPad Pro comes closer to that vision than ever before-- but does it truly have what it takes to become your daily driver? It’s complicated.

First, the good news: the 2018 iPad Pro is a stunning achievement in hardware design, cramming a beautiful 120hz display and blazing-fast processor into an almost bezel-less, lightweight aluminum frame. Just how fast is blazing-fast? Apple claims, and independent testing largely supports, that the iPad Pro’s A12X Bionic Chip is faster than a whopping 92% of all portable PC’s.

From games to art apps, the iPad Pro will effortlessly chew through any task you throw at it. But the excellent performance comes with a caveat: the tasks you can throw at an iPad have historically been limited by restrictive software, and the iPad Pro is, unfortunately, no exception. App compatibility may not be a dealbreaker for most professionals, let alone the average consumer, but it’s one of the first potential issues to consider before ditching your laptop for Apple’s latest tablet. If you're a contractor, employee, or business owner whose workflow relies on a proprietary piece of desktop software that’s not available on the iPad, then you’re out of luck. Meanwhile, iPad adaptations of popular programs such as Adobe Photoshop often lack certain features that come standard with the corresponding desktop versions.

Then there’s the lack of a dedicated keyboard, which poses a problem for a journalist and graduate student like me who spends most of their day writing. There are several workarounds, though none of them are particularly appealing: the iPad Pro’s keyboard folio accessory is fine for light text editing, but it’s an absolute chore to use for the longer papers that regularly occupy my workflow. I could lug around a separate bluetooth keyboard alongside my iPad Pro, but that undermines the portability that it makes the iPad such a tempting laptop replacement to begin with.

Like all of its predecessors in the Pro line, the 2018 iPad Pro is a case of excellent hardware constrained by inflexible software. Some working professionals certainly could replace their laptop with an iPad, but not without varying degrees of sacrifices and unnecessary inconveniences.

That being said, there is cause for optimism about the iPad’s future as a productivity platform.  iPad OS 13, the first dedicated iPad operating system, was rolled out in the summer of 2019 and introduced a host of features that had long been requested by power users: mouse compatibility, external storage support, improved split-screen functionality, new gestures for text editing, a redesigned files app, new download manager, and more. The productivity gap between the iPad and a traditional Mac/Windows experience still exists, but is now smaller than ever, and has the potential to shrink even further if Apple continues down a similar path with this year’s iPad OS 14 update.

So, is the iPad Pro line truly the laptop killer that Apple wants it to be? Not quite, at least not for most professionals and not without significant tradeoffs. But it’s getting awfully close.