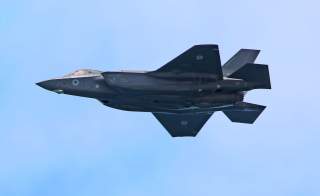 Israel has also carried out hundreds of strikes in neighbouring Syria against what it says are Iranian and Hezbollah military targets.​

Israel has also carried out hundreds of strikes in neighbouring Syria against what it says are Iranian and Hezbollah military targets.

Israel has been the first country outside the US to acquire the F-35 fifth-generation fighter, of which it could take up to 75.