Can NATO and The EU Really Defend the Baltic States Against Russia? 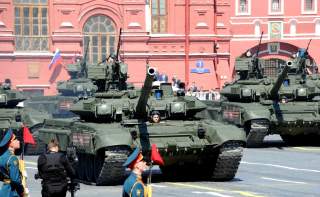 The Defender Exercise 2020 will be one of the biggest military exercises since the end of the Cold War. The exercise will take place in May and June of this year and will occur across the regions of Germany, Poland, and the Baltic States. Despite President Trump’s outspoken criticism of European allies, it will also be one of the largest deployments of U.S. troops to Europe in twenty-five years. The intention of the exercise is to demonstrate U.S. resolve to defend its allies and to show the deterrent ability of NATO. It will play an important part in signaling alliance commitment, testing readiness, and improving interoperability. However, at the political level, this exercise may be misguided. Such a large exercise on Russia’s borders risks both intentional and unintended escalation, perhaps through unconventional means, as was seen with Russia’s reaction to previous military exercises by blocking GPS location signals in the region. It also provides only a short term response to deeper military challenges in the Baltic region.

Primarily, the challenge facing NATO is dealing with the possibility of Russia using the Baltics as a way to test the credibility of the NATO alliance. The Baltic states of Latvia, Lithuania, and Estonia currently rely on NATO’s enhanced forward presence and air policing missions to deter Russian aggression. But this provides only short term reassurance to the region and overlooks the lessons of the Cold War in which West Germany played a vital role in the credibility of NATO’s deterrence posture. The reluctance of Germany to think seriously about the military security of Europe is, therefore, becoming a hindrance to NATO’s deterrence capabilities. Germany has repeatedly emphasized its aversion to militarism in recent years and its military has faced numerous bouts of austerity. But this reluctance to be seen as a military power overlooks the role of the West German Bundeswehr which acted as the first line of NATO’s defense in the Cold War.

The history of the Cold War provides clues to how deterrence could be increased in the Baltic region today. The defense and deterrence capability of West Germany revolved not just around the nuclear deterrent, but on the ability of the United States and its allies to deploy forces quickly. This related to the logistic capabilities to move forces quickly to the border with East Germany. An important part of NATO strategy therefore relied on the West German autobahns as a way to move both goods and people. Today, the Baltic region lacks any meaningful infrastructure in which reinforcements could be moved quickly to the region. Train lines are outdated and travel between the Baltics to Poland or further to Germany is painstakingly slow. The Baltic states also do not have any significant capabilities to host allied forces in large scale numbers, particularly as access to the area in a conflict scenario would be limited due to Russian air superiority and anti-access, area-denial capabilities. The large placement of U.S. forces in this sensitive area would no doubt invite reprisals and escalation from Russia. But showing the capabilities to quickly respond to a crisis by having the capacity to move resources to the region would enhance NATO’s deterrence in the long term. NATO should therefore consider developing its forces in Germany and even Poland, but with the added caveat of being able to move these forces quickly to where they are needed in the Baltics.

The lack of infrastructure across the Baltic region, therefore, creates two main problems. Firstly, it limits NATO’s credibility to respond to a crisis on the border with Russia. Secondly, infrastructure serves a dual purpose in both war and peacetime. The lack of European investment and interest in the region creates opportunities for Russia to undermine the societies of the three Baltic nations. This shows the primary challenge facing NATO in European defense. The European Union needs to do more to show its commitment to the East. Continual expansion eastwards has not had the de-securitizing effect once expected. The lack of German commitment and Brussel’s interest in the region is also effecting NATO’s ability to defend the Baltics.