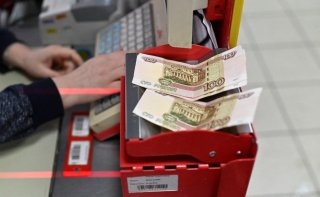 All over the world, prices are rising. Inflation is back. As are calls for government price controls. Fearing protests against rising energy prices, the French government has set maximum prices for gas and electricity. Turkey has been hit particularly hard by inflation. One reason is that even the semblance of independence of Turkey’s central bank has been eliminated—President Recep Tayyip Erdogan determines how high interest rates (and interest rates are nothing more than the price of money) can be. With inflation out of control, the state is trying to fight it with price controls—and only making the situation worse.

In Germany, the new government has declared that energy prices should rise in order to protect the environment. However, as soon as they do actually rise, there are calls for the government to give money to the socially disadvantaged to relieve the financial burden of the higher prices. Rents in Germany were capped because they were rising (Mietpreisbremse, rental price brake). Wage levels became an election issue and Olaf Scholz won the chancellorship with a promise to raise the minimum wage to €12.00. Energy prices, wages, rents—all are increasingly being determined by politicians, not the market.

And the higher inflation climbs, the stronger the government intervention becomes, as demonstrated by the extreme case of Venezuela, which had been suffering from hyper-inflation for years. In fact, inflation in Venezuela was higher than anywhere else in the world and was so extreme it actually became unmeasurable. And since many products had to be sold at extremely low prices—as determined by the government—people hoarded goods of all kinds and often stood in line for hours in front of stores to be able to buy anything, which they later sold at much higher prices on the black market. One example was toilet paper, which was very rare in stores. The reason it was so difficult to get hold of was that the companies who produced it were forced to sell it at a low price set by the state, while production costs continued to rise as inflation soared. Wherever toilet paper was available at prices kept low by the government, it sold out in a flash. Many people gave up their jobs because wages failed to keep pace with the rapidly rising prices and they earned much more as black-market traders, for example by selling cheap toilet paper purchased at the government’s low prices at a massive profit on the sizeable black market.

Venezuela provides a perfect example of what happens when a government starts to set prices and is the very embodiment of the term “spiral of interventionism,” which was coined by the economist Ludwig von Mises.

Mises’ book Socialism: An Economic and Sociological Analysis was first published in German exactly 100 years ago. In the book, and just five years after the communists seized power in Russia, Mises proved why socialism can never work. His thesis: Socialist societies have no markets, and therefore no prices. Without prices, economic accounting is not possible and efficient decisions on the use of scarce resources become ever more difficult to make. According to Mises, prices are indicators of scarcity—without free price formation, it is impossible to measure the cost of anything.

So, what can we learn from history? That price controls are not the solution to any problem, they actually make the problems much worse. When governments start to set prices, that is socialism—and socialism has invariably failed over the past 100 years. Ludwig von Mises was spot on with his prediction.