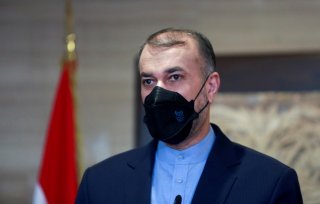 While South Korea is not privy to all aspects of the negotiations, Seoul hopes to ease the tensions caused by the $7 billion in Iranian funds that are frozen in South Korean banks. South Korea needs approval from the Office of Foreign Assets Control (OFAC) under the U.S. Department of the Treasury to release the frozen assets without risking fines for violating U.S. sanctions.

“Had a good meeting with Iranian VFM Ali Bagheri Kani in Vienna. We exchanged views on our bilateral relationship, including the frozen fund. Korea & Iran will work together and preserve our historically important relationship,” Choi tweeted. In the meeting with Choi, Bagheri Kani stated that the South Korean government is committed to releasing all of Iran's funds and that U.S. sanctions cannot justify withholding them.

Some analysts believe that South Korea would benefit from the revival of the Joint Comprehensive Plan of Action (JCPOA). Iran’s economy has been hobbled under the United States’ crippling sanctions. As South Korea is now viewed as complicit in the terrible state of Iran’s economy, relations between the two countries have been damaged.

More importantly, after South Korea failed to release Iran’s assets, Iranian supreme leader Ayatollah Ali Khamenei banned the import of South Korean home appliances in September 2021. Khamenei’s ban is a clear attempt to pressure South Korea to free Iran’s frozen funds. Ezatullah Akbari Talarpashti, the head of the Industries and Mines Committee of the Iranian Parliament, said that Iran should not be a market for South Korean-made home appliances as long as Seoul refuses to release the funds. "Seoul's justification for confiscating Iranian assets under U.S. sanctions is unacceptable because the United States is not allowed to impose its domestic laws on the international trade system," he added in an interview with IRNA. With an estimated value of more than $5 billion per year, the Iranian home appliance market is lucrative.

Moreover, the Iranian funds held in South Korea may be a valuable bargaining chip for the United States. Although Iran does not see the issue of its assets held in South Korea as linked to the nuclear negotiations, South Korea’s entry into the talks presents an opportunity for Tehran to access its funds. South Korea’s participation—and the unique leverage it holds—may make it easier for all the parties to reach an agreement. Fortunately, Seoul appears interested in playing a proactive role as a mediator between the United States and Iran.

Iran faces a significant budget deficit and needs to unfreeze its assets in order to provide public services to its citizens and stabilize its economy. The release of the funds held in South Korea could also strengthen the value of the Iranian rial. In addition, some Iranian politicians believe that the Islamic Republic must claim compensation due to how long the funds have been frozen.

Seoul has an opportunity to coordinate with the United States and use the Iranian funds as a bargaining chip to encourage Iran to halt its nuclear activities. While the United States is standing firm in Vienna, it also appears to recognize that South Korea could play an important role in negotiations. State Department spokesperson Ned Price recently said that the United States will only allow the funds to be released by South Korea if “everything” is agreed to in Vienna.

Despite the fact that South Korea is an American ally and Iran has a close relationship with North Korea, the two countries have developed friendly ties since establishing diplomatic relations in 1962. From 2015 to 2018, Iran was South Korea’s third-largest trading partner in the Middle East. However, their close economic ties went south following the United States’ withdrawal from the JCPOA and the reimposition of sanctions.

In recent years, South Korea has focused on promoting mutually beneficial relations and easing tensions with other nations. With this in mind, it appears that Seoul sees an opportunity to foster stability in the Middle East and normalize ties with a promising economic partner. South Korea and the world will benefit if the delegations in Vienna successfully negotiate a return to the nuclear deal.