Can the Taliban Learn from the Islamic Republic of Iran? 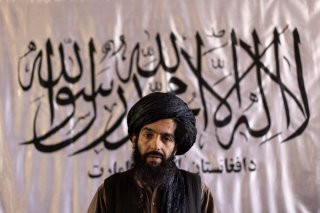 The Taliban is facing a legitimacy crisis, where being internationally recognized depends on its adoption of minimum standards such as respect for women’s rights and minorities, democracy, the rule of law, and, more importantly, an election to establish an inclusive government.

Since its Islamic Revolution in 1979, Iran has faced the same challenges, but the regime successfully attained international legitimacy. Could Iran become a viable model for the Taliban? The Islamic Republic is already encouraging the Taliban to meet the minimum threshold to attain international recognition. For example, the session between a Taliban delegation and Afghan opposition figures in Tehran earlier this year amounts to Iran’s latest effort to promote Afghan reconciliation and inclusive governance.

Iran and the Taliban have established their governments based on Sharia law. Both also have supreme a leader, although the Islamic Republic, with a complex web of institutions, has tried to cross Islamism with republicanism. As a theocratic republic, the Iranian regime has employed the theory of velayat-e-faqih, the rule by jurisprudence, wherein the supreme leader dominates and supervises all political and military systems completely.

Islamism and republicanism are two wings of the Islamic Republic of Iran, and the system was established to balance theocracy and democracy. In the Islamic Republic, elections have been held regularly, but the people’s wishes must be compliant with the supreme leader’s opinion. Although some observers stress that extensive candidate disqualifications shape Iranian election races, Iran has held more than forty elections since the Islamic Revolution.

On the other hand, the Taliban has chosen the Saudi template for governance where Sharia law governs the country but the right to self-determination through elections is meaningless. In such a model, the people pledge allegiance to the supreme leader or king and promise submission, obedience, devotion, and loyalty, known as Bai’at in Islam terminology. So far, the Taliban has not shown any interest in forming a government by people’s votes. However, it is clear that the Taliban must establish an inclusive government to be officially recognized by the international community as a legitimate government.

The Taliban’s leadership council directly appoints the supreme leader, the head of the government, but some have argued that the Taliban should learn from Iran’s governance model and have people vote on the general direction of various policies. Yet the Taliban is completely unfamiliar with democracy and elections; the Taliban believe that all authorities and powers must centralize in an Amir ul-Momineen, the leader of the faithful.

Although some believe that the Islamic Republic has also been faced with a legitimacy crisis in recent years, its political model and treatment of human rights are notably different than the Taliban. For example, while the Taliban has banned girls' secondary education and all art such as painting, cinema, music, and sculpture, Iran has allowed girls to attend school and university since its 1979 Islamic Revolution. Likewise, some Iranian women have been elected as ministers or deputies of Iranian presidents in recent years. And many Iranian women have gained seats in parliament. Although some restrictions have certainly been imposed on Iranian women, Iran could provide a model for how the Taliban could retain an Islamic state while softening its stance on the role of women in society. Women’s fundamental rights should not be ignored.

While the Islamic Republic does not offer an ideal model for Afghanistan, it does present a reachable option for the new government in Afghanistan. The Iranian regime has gained extensive experience in facing off against the Western and modern world since 1979, and disagreements over human rights and political issues routinely imperil relations. Undoubtedly, as Mansour Haghighatpour, the adviser to Iran's Parliament speaker, recently stated, Iran is ready to help the Taliban learn from the Iranian model and develop its influence in the region.