Can Turkey Negotiate an Extension to the Ukraine Grain Deal? 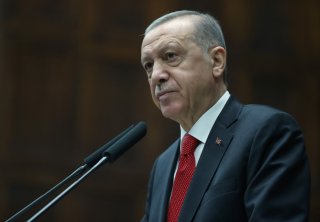 “I am of the opinion that it will continue. There’s no problem there,” Erdogan told a press conference in Bali during the G20 summit, according to the Guardian. The deal, which establishes safe maritime corridors for exporting Ukrainian grain and foodstuffs, is set to expire on Saturday unless renewed.

"The Black Sea Grain Initiative is up for renewal in 4 days. It must be extended,” tweeted Executive Director of the World Food Programme (WFP) David Beasley. “For the sake of the world’s hungry, it is critical that we move food and fertilizers from the region.”

According to Reuters, a UN official said they are “cautiously optimistic” that the grain deal will be renewed this week.

The Kremlin has played its cards close to its vest regarding the deal’s possible extension. "The UN promises us the result will be very soon. We will assess the efficiency of performing the Russian portion of the deal and results of relevant UN efforts when making the decision [to extend the grain deal],” said First Deputy Permanent Representative to the UN Dmitry Polyansky earlier this month, referring to the lifting of restrictions on the export of Russian agricultural products. Russian deputy foreign minister Sergei Vershinin told reporters last week that an agreement on renewing the deal, inked in July by Turkey, Russia, Ukraine, and the UN, has not yet been reached.

Moscow, which abruptly left the deal last month shortly after a Ukrainian attack on Russia’s Black Sea Fleet only to be pulled back in by Erdogan with promises of concessions, has previously complained that the West has not fully implemented “previously-reached agreements” on the lifting of restrictions on exports of Russian fertilizer and ammonia. Officials involved in the talks have reportedly reached a deal allowing Russian ammonia to be exported using a pipeline traveling through Ukrainian territory. Kremlin spokesman Dmitry Peskov said negotiations over the deal’s renewal have centered on claimed export restrictions. "You know that we are mainly talking about the part of the agreement that was designed to ensure the removal of restrictions on the supply of Russian products to foreign markets," Peskov told reporters on Wednesday, according to Reuters. "Experts are working intensively. Contacts with the U.N. have been quite constructive. Let's wait for the remaining days to see the outcome."