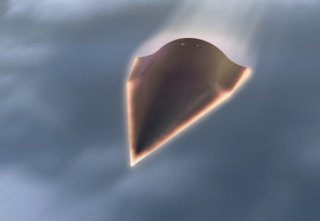 The threat equation has changed, prompting the Defense Department to fast-track technologies able to detect, track, and destroy an entirely new generation of weapons.

Over the past few decades, the defense industry has developed hypersonic weapons that skip along the upper boundary of the earth’s atmosphere at five times the speed of sound, created intercontinental ballistic missiles capable of boosting into space for a cross-continental attack, and enable sub-launched ballistic missiles to descend from an upward arch before shooting down to a target on earth. These are all attacks that cannot be stopped unless someone sees that they are happening.

An infrared space sensor can find the heat signature of an enemy missile launch, ground-based interceptors can be guided to take out an approaching intercontinental ballistic missile in space, and threat information can be sent to ground command centers giving senior leaders an opportunity to make decisions under attack. But does this happen fast enough?

This has become an urgent problem for the Defense Department, in part given the pace at which Russia and China continue to test hypersonic weapons and increase their nuclear arsenals. Vice Chairman of the Joint Chiefs of Staff Gen. John Hyten recently described global threat “sensing” as his number one sought-after technology.

“We have to see something before it comes, so I’d like one capability that will allow us to see these threats globally at any time,” Hyten told an audience at the 2021 Space and Missile Defense Symposium in Huntsville, Alabama. “We can build a space architecture that can see different threats such as hypersonics, cruise missiles . . . and identify what those threats are.”

Hyten made this declaration after someone asked him which technology he would like to possess prior to his planned retirement.

Will Hyten’s wish be granted? It may be too early to tell. The defense industry is doing a lot of accelerated work to bring this technology to fruition. Hyten did say there are ongoing Space Force and Missile Defense Agency programs attempting to address this challenge.

“We are going after this problem,” Hyten said.

The Defense Department’s strategy is multilayered because it involves the next generation of Space-Based Infrared missile warning technology known as Overhead Persistent Infrared (OPIR). Lockheed Martin has an OPIR program supported by several interesting Northrop Grumman programs. It includes a system referred to as “Next-Gen Polar” or NGP, which is a missile-warning satellite intended to supplement the middle latitude OPIR next-generation Geosynchronous Earth Orbit (GEO) satellites so that they can detect and track technology specifically engineered to track the Arctic region.

“NGP is providing global missile or missile warning capability of the entire northern hemisphere, which it does in partnership with the Next Gen GEO program that finishes out the constellation,” Mike Ciffone, the director of Northrop Grumman’s Strategy, Capture and Operations for OPIR and Geospatial Systems, told reporters at the Space and Missile Defense Symposium.