Can We Trust China's Promise To Never Use Nuclear Weapons First? 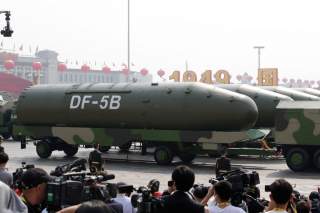 Key point: While China has not adopted a more aggressive nuclear policy, it does continue to upgrade its small nuclear arsenal and its command systems.