Can the West Pivot From Cold War With Russia to Cool Peace? 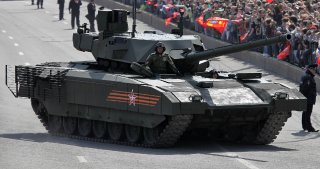 Russia has been waging an undeclared hybrid Cold War with the West for over a decade. It is worth considering whether it will continue, will there be a retreat from it to "cool-peace" cooperation, or will it take on the most catastrophic nature of an unwanted "hot war”?

The most likely scenario is a Neo-Cold War. There are no signs that Russia would like to change its political course. If it doesn't, the current hybrid cold war will go on. It is therefore up to Russia to continue or end the new Cold War. But the West, in turn, determines its type and character.

Two types of the new Cold War can be distinguished: stabilization and destabilization. If the West adequately reacts to Russia's actions, if it develops effective mechanisms of containment, deterrence and defense, then hard mechanisms of mutual balancing and stabilization of neo-Cold War relations with Russia will be created. As in the first Cold War, the likelihood of such a confrontation turning into a hot war will be limited, although still greater in hybrid forms than before.

If, on the other hand, the West is not able to effectively neutralize Russian challenges and threats, especially the new type, an unstable neo-Cold War scenario will be implemented, in which the uncertainty, unpredictability and risks of an armed confrontation would be much greater.

The probability of the "cool peace" scenario is lower today than the first scenario, although the longer the forecast horizon, the more it seems to increase. The move away from the Cold War towards a "cool peace" depends largely on Russia's attitude. Its current course will certainly not be changed during Putin's term in office. It is almost psychologically impossible. However, later, after the change of government, its correction, or even a serious shift towards cooperation with the West, is likely.

As for the "hot war" scenario, there are three variations to it: covert aggression, open restricted conflict, and full-scale war. Note that in the conditions of the new, hybrid cold war, the outbreak of direct conflict between the two sides is more likely than in the classic twentieth-century Cold War. Back then, some "little war" (for example, for the Kiel Canal or for the Bosphorus and Dardanelles Straits) was unthinkable. Every spark threatened to erupt a great war at once.

Today, direct military confrontation, in particular the covert, disguised use of armed violence, i.e. aggression below the threshold of open, regular war (examples of such aggression include the annexation of Crimea and conflict in Donbas), is conceivable. Such aggression would create serious difficulties in the rapid and effective response of a collective defense system like NATO, due to the creation of situations in which it would be difficult to make quick decisions, as they require consensus.

Less likely, but also much more likely than in the first Cold War may be limited-scale aggression. Its possibility is related to the Russian concept of the possible use of tactical nuclear weapons for the so-called nuclear de-escalation of conventional conflict. It assumes that if Russia is losing a conventional conflict, it can make warning strikes with tactical nuclear weapons to send a signal: we are on the verge of a nuclear war, let's end the conflict, let's start peace negotiations. NATO's failure to respond to such a doctrine may increase the risk of a limited war, tempting Russia to conduct a swift and limited operation for important political gain, then maintained using the so-called "Fait accompli".

The least possible and least likely is a large-scale war between Russia and the West, as in the first Cold War, nuclear deterrence is still operating here on the principle of "mutually assured destruction." Such a war could only be the consequence of an accident or an out-of-control limited conflict, which in turn indicates that overall the risk of a hot war, even on a large scale, under the conditions of a hybrid Cold War is greater than under the conditions of the First Cold War.

Stanisław Koziej is a Senior Fellow at the Casimir Pulaski Foundation in Warsaw, Poland.