Can You Travel on a Plane with a Gun? 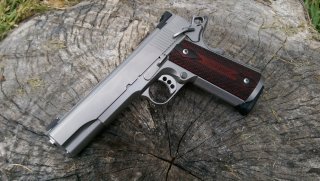 Flying from point A to point B in normal times can be frustrating enough, but it becomes even more complicated when a firearm is involved. Despite some misconceptions, it isn’t illegal to fly with firearms and ammunition—yet there are many rules involved. And these need to be taken seriously. Failure to do so can result in fines and even potential criminal charges.

All of that is straightforward enough. However, the issue is complicated by a lot of bad advice that can be found online. An article for USA Today, which was meant as a primer, included some commonsense advice such as “don’t try to take it through security,” but lacked many key points that gun owners should know. The piece noted that it is necessary to “Declare the weapon at check-in” but failed to address that it is best to call the airline and even any airports that you might be flying through.

Every airline may have its own regulations, and therefore it is best to call when booking a flight, not as you’re about to head out the door and certainly not when you arrive. Additionally, if you’re changing airlines—including regional partners—it will be necessary to declare your firearms again during the trip. JetBlue is among the airlines that has a complete ban on firearms, so planning is certainly required when firearms and air travel are in the equation.

In addition to firearms, which must be unloaded and locked in a hard-sided container where only the passenger has a key or combination; parts including magazines, bolts, and firing pins are also prohibited in carry-on baggage and must be transported in checked baggage. These do not need to be locked, however. Moreover, ammunition is prohibited in carry-on baggage but may be transported in checked baggage—provided it doesn’t exceed eleven pounds. It must be in original packaging or stored securely in a container made for such purposes. Thus, a flimsy cardboard box that the ammo was sold in is fine, but a metal box would be prohibited unless it is specifically for the transportation or storage of ammunition.

Non-functional replica firearms, as well as toys, can only be transported in checked baggage, and while TSA doesn’t have specific rules it is worth considering how realistic these items may appear. If someone untrained in firearms can’t tell the difference, it is best to ship those items instead. Rifle scopes however, are allowed in carry-on and check luggage.

Another important part of the declaration is that a card with contact information will need to be filled out and must be placed inside the case. No attempt to label the case containing a gun should be made, and doing so is actually a violation of Federal law 18 USC Sec. 922(e), which states, “No common or contract carrier shall require or cause any label, tag, or other written notice to be placed on the outside of any package, luggage, or other container that such package, luggage, or other container contains a firearm.”

TSA agents and airline agents should not be allowed to handle your firearms, and if an inspection of your gun is required for some reason, it is recommended that you request they call over a law enforcement officer to handle the inspection. As Pew Pew Tactical recommended, it is advisable to show up early and then to wait near the location of where you checked in the gun for at least 20 to 30 minutes to make sure no follow-up inspection is required. Otherwise, if you go through security and are then called back you may need to go through the process all over again.

One other point that many travelers with firearms overlook is that you must comply with the laws concerning possession of firearms at the local, state, and international level. Trigger Pressers warned that authorities in New York and New Jersey have been known to enforce state and local laws against airline travelers who are just passing through those jurisdictions. While federal law was enacted to protect travelers, New York City law enforcement may not agree and travelers have been threatened with arrest for arriving at the local airports with firearms even as part of a layover.

Again, plan ahead and know the laws of not only your final destination but those places where you may be making a layover just to be safe.