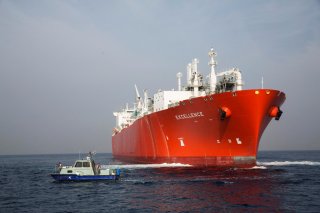 The Russo-Ukrainian War has skyrocketed gas prices, particularly in Europe, where supplies are dangerously low. Outside of the battlegrounds of Ukraine, Russia is on an offensive with its weapon of choice, natural gas. Russia provided 40 percent of the EU’s gas consumption in 2021, a number that has declined rapidly since the invasion of Ukraine. However, as the war in Ukraine has raged on since February 24 and Europe has stepped up its support for Ukraine, Russia in return has slashed supplies from its majority-state-owned energy corporation, Gazprom. Russia has pressured Europe to pay for the cost of the natural gas in rubles, and companies that do not comply, have their supplies halted. Currently, there are twelve member states that have their gas either partially or completely cut off.

Nevertheless, Russia has decreased its gas supplies to even countries that pay in rubles. Russia has officially blamed the delayed return of a turbine being serviced by Siemens Canada as the reason why the capacity of the Nord Stream I pipelines fell in June to 40 percent of the normal levels. Russia claims that it would increase gas supplies should the turbine be returned. On Monday, July 11, Russia shut down its biggest pipeline to Europe (Nord Stream I) to conduct annual maintenance which is expected to last for ten days, but Europe fears that Russia is deliberately delaying the maintenance period to put pressure on the West. Therefore, it is trying to facilitate the maintenance and not give its gas provider any excuses for the delay.

Thus, Canada has decided to exempt the turbine from the list of its sanctions on Russia to allow for the repair and return of the equipment. However, the Ukrainian Foreign Ministry is “deeply disappointed” by Canada’s decision and has highlighted that, “Russia's demand for the mandatory return of the turbine to continue gas transportation is blackmail that has no technical justification."

The EU is trying to come up with an emergency plan to preserve gas supplies for the winter in the worst-case scenario of Russia turning off the gas completely. Germany and the Netherlands are encouraging their population to consume less energy and are preparing to restart their coal plants and the UK is considering cutting its gas pipeline to the continent in case it was running short on gas.

As a result, natural gas prices have soared incrementally by 700 percent compared to the last year, taxing the Russian-energy-dependent European economies significantly. Poland, for example, has reported a 15.6 percent inflation rate for the month of June compared to last year.

Over the past several years, the EU had increased its reliance on cost-effective Russian natural gas to complement its increasing usage of intermittent renewable energy sources, and as an alternative to other sources of energy, such as nuclear and coal. Russia was Europe’s main energy partner prior to the war. However with the start of the war, the United States ramped up its shipments of LNG to Europe and for the first time, in June 2022, it provided the continent with more gas than Russia. But despite these massive efforts, the essential infrastructure is missing to simply replace the Russian gas.

In this new cold war, Qatar, Australia, and the United States are competing with each other to become the world’s largest LNG exporters, while other Western allies like Japan (the world’s largest gas importer) have stepped up to supply Europe with natural gas. But Canada is missing in action.

Canada has ample gas reserves—in fact, more than double what Australia has—yet it has been missing the feast. Canada is the world’s fifth-largest gas producer yet, unlike Australia, it does not have any Liquified Natural Gas (LNG) export terminals. The construction of eighteen LNG export facilities has been proposed since 2011, but it has only one under construction on its west coast (scheduled to start exporting in three years). In comparison, the United States has built seven facilities between 2014 and 2020, and approved twenty more. Capital costs, opposition to energy infrastructure, and regulatory delays have been the main obstacles preventing Canada from becoming an LNG exporter. Despite the urgency of the issue, the Canadian government so far has decided to not fund the new LNG terminals.

Facilitating the export of LNG is not only profitable for the Canadian economy but also increases Canada’s role in global energy transition and geopolitics. Even one LNG export facility would have a significant impact on the Canadian economy. An LNG export terminal equivalent to thirty mtpa in British Columbia could add roughly $7.4 billion to Canada’s annual economy over the next thirty years and create in 65,000 jobs. Natural gas can play a complementary role for renewable energy sources and cover up their intermittency, thus facilitating the use of green energy resources. Furthermore, LNG exports will have the potential to increase Canadian foreign policy interests both in the Pacific and Atlantic.

The world has changed dramatically in the last months and the new challenges require drastic measures and shift in policymaking, while having the wellbeing of Canadians in mind.

Alireza Nouri works as an international development NGO and IGO advisor, and has been involved with the United Nations, the World Trade Organization, and the Organization for the Prohibition of Chemical Weapons, among others. His research focus is on geopolitics and international relations.