Canada Chooses the F-35 as Its Next-Generation Fighter Jet 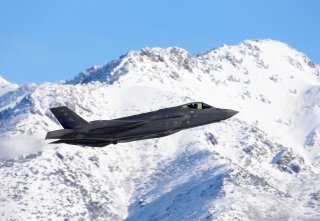 The Canadian government announced in a news release that it has chosen a new fighter jet. Ottawa will purchase the Lockheed Martin F-35 Lightning II fighter platform to replace the country’s current inventory of eighty-eight CF-188s, a version of the F/A-18 built for Canada.

The press release said that “following a rigorous evaluation of proposals, the Government of Canada today announced it will now enter into the finalization phase of the procurement process with the top-ranked bidder, the United States government and Lockheed Martin, for the F-35 fighter jet.”

The release also said that the decision will also benefit Ottawa’s allies.

“This procurement represents the most significant investment in the (Royal Canadian Air Force) in more than 30 years,” the release said. It is essential for protecting the safety and security of Canadians, it will enhance our Arctic sovereignty, it will ensure we are equipped to better defend North America and it will help make sure we continue to meet our NATO and NORAD obligations well into the future.”

Canada’s current air fleet relies heavily on on the CF-188s, sometimes referred to as CF-18s. Those aircraft are F/A-18 Hornets tailor-made for America’s northern neighbor. Though the airframes were state-of-the-art when they first entered Canadian service in the early 1980s, they have since grown long in the tooth, necessitating a replacement.

The F-35 platform proved to be the best choice. The F-35, a fifth-generation stealth fighter, is widely considered the most advanced on the market today. Canada joins an ever-growing list of countries — both in Europe and abroad — that are buying into the program. Along with several NATO allies, Israel, South Korea, Japan, Singapore, Australia, and Finland fly or will soon fly the advanced American fighter.

Canadian defense minister Anita Anand didn’t mince words when talking about the F-35 acquisition and what the implications are for Canada over the next thirty years.

“It is critical that current and future Royal Canadian Air Force pilots have the most advanced equipment available to ensure they can deliver on the important work that we ask of them,” she said, according to the release. “... Canadians can be confident that this competitive process will deliver the best results for our Canadian Armed Forces for decades to come.”