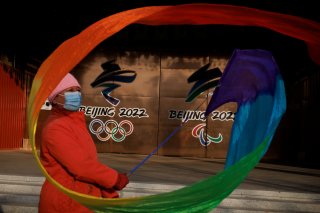 Canadian prime minister Justin Trudeau announced on Wednesday that Canada would institute a diplomatic boycott of the upcoming 2022 Winter Olympics in Beijing after mounting criticism of China’s human-rights record.

Trudeau announced the move at a press conference in Ottawa, claiming that the decision would not “come as a surprise to China.”

“We have been very clear over the past many years,” the prime minister clarified, “of our deep concerns around human rights violations and this is a continuation of us expressing our deep concerns.”

Trudeau confirmed, however, that Canadian athletes would still attend the Olympics under the Canadian flag.

Canada is the fourth English-speaking country to institute a diplomatic boycott of the Beijing Olympics, after the United States, the United Kingdom, and Australia.

The boycott has centered on China’s highly controversial treatment of Uyghur Muslims in its western Xinjiang province. Chinese practices in the province have included imprisoning more than one million Uyghurs in internment camps, attempting to discourage the practice of Islam, and artificially lowering the province’s birth rate. These practices were described by President Joe Biden as genocidal during the 2020 presidential campaign, and have also been recognized as genocide by the Canadian Parliament.

White House Press Secretary Jen Psaki reiterated on Monday that U.S. officials could not “treat these Games as business as usual,” claiming that China had engaged in “ongoing genocide and crimes against humanity.”

Psaki claimed, however, that the U.S. government would continue to support American athletes who traveled to the Games.

“The athletes on Team USA have our full support,” Psaki said. “We will be behind them 100% as we cheer them on from home.”

The Chinese government has criticized the boycotts, claiming that they risked politicizing the Olympics, which are intended to be (but are rarely in practice) an apolitical sporting event. A spokesman for the Chinese embassy in Ottawa accused the Canadian government of “engag[ing] in political maneuvering, with the attempt to disrupt the smooth progress of Beijing Olympic and Paralympic Winter Games.”

“Their clumsy performance can hardly find any support and is doomed to fail," the spokesperson continued.

Canada’s relationship with China is expected to deteriorate further as a result of the boycott. The two nations’ relationship soured in 2018 after the arrest in Vancouver of Huawei executive Meng Wanzhou, who was wanted in the United States for conspiring to violate economic sanctions against Iran. In a move that was widely perceived as retaliation for Meng’s arrest, Michael Kovrig and Michael Spavor, two Canadian researchers working in China, were arrested and charged with espionage; the two were exchanged for Meng in September 2021.