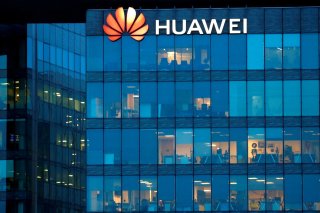 The government of Canada announced on Thursday that it planned to ban Huawei, a Chinese electronics manufacturer and telecommunications company, from the use of Canadian fifth-generation (5G) cell phone networks due to concerns that the company could take advantage of access for espionage within the country.

“We intend to exclude Huawei and ZTE from our 5G networks,” Industry Minister Francois-Philippe Champagne told reporters on Thursday—also referencing ZTE, a second Chinese state-owned telecommunications firm. “Providers who already have this equipment installed will be required to cease its use and remove it under the plans we’re announcing today.”

Champagne indicated that Canadian companies currently using Huawei and ZTE equipment would have until June 2024 to phase it out and would not receive reimbursement for the replacement. He indicated that the two companies’ equipment would also be restricted on fourth-generation (4G) networks, but that Canadian operators would have until 2027 to phase its use out.

It is unclear how severely the Canadian ban will affect the country’s telecommunications providers. Many of those providers, including Telus Corp. and BCE (formerly Bell Canada), have phased out the use of Huawei equipment since 2018 over concerns that it could come under sanction in the future. Instead, the two companies turned to Swedish telecom giant Ericsson and Finnish conglomerate Nokia for assistance, excluding Chinese companies altogether.

Prior to the ban, Canada was the last of the “Five Eyes” nations—also including the United States, the United Kingdom, Australia, and New Zealand—to allow Huawei access to its networks. Although Ottawa first conducted a review of Huawei’s security threat to Canada in late 2018, Prime Minister Justin Trudeau postponed a potential ban for three years as discussions between Beijing and Ottawa continued.

The security review came shortly before the arrest of Huawei CFO Meng Wanzhou in Canada on a warrant from the U.S. Department of Justice, which accused her of skirting international sanctions on Iran. In the aftermath of that arrest, relations between China and Canada sharply deteriorated, and Beijing is alleged to have arrested two Canadians, former diplomat Michael Spavor and businessman Michael Kovrig, as a reprisal for Meng’s detention.

Meng and the two Canadians were simultaneously released in September 2021 and returned to their respective countries. In the aftermath of the exchange, tensions between the two countries have cooled, and Beijing announced on Wednesday that it had removed its restrictions on imports of Canadian canola seeds—restrictions that were first issued immediately after Meng’s arrest.

Huawei’s branch in Canada continues to operate and has roughly 1,500 employees. Under the current restrictions, the company can continue to sell Huawei products such as computers and mobile phones in the country.