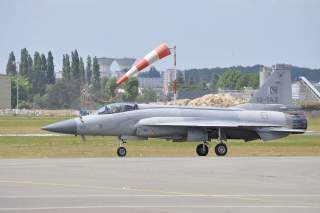 In the 2019 Paris Air Show, Pakistan its lightweight JF-17 Thunder jet fighter it began building a decade ago in conjunction with China. You can see the seven-ton fighter performing maneuvers in this video.

Sébastien Roblin holds a master’s degree in conflict resolution from Georgetown University and served as a university instructor for the Peace Corps in China. He has also worked in education, editing, and refugee resettlement in France and the United States. He currently writes on security and military history for War Is Boring. This article originally appeared earlier this year and is being republished due to reader interest.