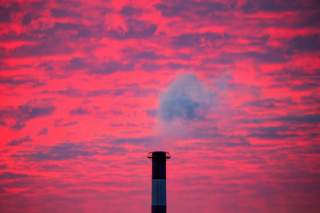 The idea is simple: capture and concentrate CO₂ before it’s released to the air and store it deep underground where it can’t escape. Instead of adding to the climate crisis, carbon capture and storage could turn power plants and factories into CO₂-sucking behemoths, filling underground reservoirs that otherwise held fossil fuels or salty water.

The world’s first dedicated CCS project, Sleipner (in the Norwegian North Sea), started injecting CO₂ into underground reservoirs in 1996. Since then, it has successfully stored more than 20 million tonnes (Mt). That might sound impressive, but it’s nowhere near enough. The International Energy Agency recommends that 21,400 Mt of CO₂ should be captured and stored by 2030 to limit global warming to 2°C. But, by the end of 2017, only 442 Mt had been injected and stored.

Why has the world been so slow to adopt CCS? A big issue is the upfront cost needed to build capture plants. These are expensive in the short term, but much cheaper than doing nothing about CO₂ emissions in the long run. But there are other issues too. If a CO₂ storage site should contain the injected carbon for thousands to millions of years, but a company operating that site only exists for a few decades, who should pay to fix it if CO₂ starts to leak out? And how much insurance should operators pay to cover the cost of hypothetical future problems?

This fear of CO₂ leaking out of storage is slowing progress on developing CCS at the scale needed. Bad reporting of CCS research, combined with a general distrust of the fossil fuel industry – as well as people wrongly assuming that there’s a link between CCS and fracking – seems to have convinced many people that the risk of CO₂ leakage is bigger than it really is.

Luckily, there are many reasons why sequestered CO₂ is likely to stay safely locked away underground for millions of years. Much of this relies on natural processes that can be optimised in CCS by choosing the right places and procedures to store CO₂.

Read more: Carbon capture on power stations burning woodchips is not the green gamechanger many think it is

Oil and gas are buoyant fluids. They move upwards through porous and permeable rocks until they reach an impermeable rock layer. This impermeable layer is like a lid on these fluids, stopping them from leaking out. Here, they accumulate in the underlying, porous reservoir rock, held in place for thousands to millions of years by the overlying, impermeable seal (at least until a fossil fuel company drills a well to extract them, that is).

This process, called structural trapping, is what keeps oil and natural gas underground – and it can do the same for stored CO₂. A good CO₂ storage reservoir will have multiple layers between the reservoir and the surface that CO₂ can’t penetrate.

But what if this impermeable layer is cut by a fault, or an old well that hasn’t been sealed properly? Good regulation is the first line of defence, but even if mistakes are made and the CO₂ does find a way out, there are other mechanisms that will keep the vast majority trapped underground.

Soaking a sponge in water, you may notice that no matter how long it’s submerged, there are still air bubbles in the sponge. This process is called residual trapping. It happens when gases mix with water in the pore spaces of rocks and make it very difficult to remove all of the gas. When CO₂ is injected, it mixes with the salty water already in the reservoir’s pore spaces, and some of it will get stuck as microscopic bubbles.

Experiments on rocks that are typical of storage reservoirs suggest that between 12 and 92% of injected CO₂ could be immobilised by this process.

CO₂ is soluble in water, and the pore spaces of rocks underground are filled with salty water. When CO₂ is injected, it will start to dissolve in this brine almost immediately. The carbon from dissolved CO₂ will only be released if the pressure, temperature and chemical conditions in the reservoir change drastically, which is very unlikely far underground.

Even better, CO₂-saturated brine is denser than regular brine, meaning it will start to sink. This not only moves the carbon further away from the atmosphere, but it also increases mixing of brine within the reservoir, meaning more and more CO₂ can dissolve over time.

Over hundreds to thousands of years, the dissolved carbon will react with metal ions in the brine and start to precipitate carbonate minerals, making it even more difficult to release the carbon as CO₂. This is the same mechanism that the Carbfix project in Iceland uses to trap CO₂ in basalt.

Accidents can and will happen – CCS, like any other human activity, carries a degree of risk. But we know for certain that if a site were to fail, far less CO₂ would leak than was injected, because a lot of the CO₂ becomes permanently trapped anyway. All of these natural trapping mechanisms ensure that the vast majority of the CO₂ (up to 98%) will remain safely trapped below ground for 10,000 years. Even in an unlikely, badly-regulated, worst-case scenario, at least 78% of the injected CO₂ is likely to stay locked up.

The risks of CO₂ leaking from storage should be weighed against the risks of not storing it at all. Currently, the alternative is to emit 100% of that CO₂ to the atmosphere. For industries such as steel and cement manufacturing – essential ingredients for many renewable energy technologies – CCS is the only way to reduce CO₂ emissions from many industrial plants. CCS can also help developing countries limit CO₂ emissions while reducing energy poverty.

Maintaining atmospheric CO₂ concentrations low enough to avoid catastrophic climate change will be incredibly difficult, and much more expensive, without CCS. We cannot afford to delay this important technology any longer.

Stephanie Flude has received funding from EPSRC via UKCCSRC. She is a member of The Green Party of England and Wales.