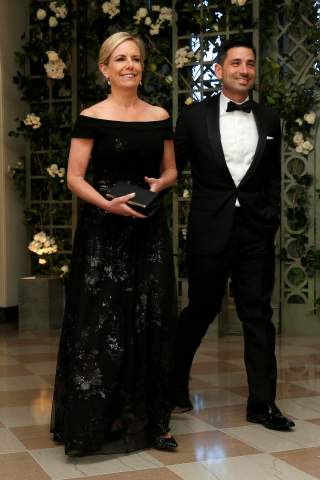 Lawmakers in the upper chamber of Congress took a major step that paves the way for Chad Wolf to become the next acting secretary of the Department of Homeland Security.

The Senate on Wednesday confirmed Wolf as the undersecretary of Homeland Security’s Office of Strategy, Policy, and Plans by a vote of 54-41. The move allowed the Trump administration to make Wolf the next acting secretary of DHS before a more permanent replacement can be named.

The vote marks the latest development since Kevin McAleenan, the current DHS acting secretary, announced he would be leaving the position.

McAleenan publicly announced in October that he would be vacating his post at the end of the month. President Donald Trump at the time said he would name a replacement by the end of the week. However, that week came and gone, and no replacement was named. By the end of October, it was clear that McAleenan would be needed to stay on as the administration raced to find a suitable candidate.

The White House heavily considered acting Customs and Border Protection (CBP) acting commissioner Mark Morgan and United States Citizenship and Immigration Services (USCIS) acting director Ken Cuccinelli. However, since both of these men are in acting positions, an internal White House review of rules of succession deemed both men ineligible.

After days of speculation, the president told reporters on Nov. 1 that he would be choosing Wolf for the job. Before he could be tapped, however, Wolf needed to be confirmed for his current position. He has served in the DHS undersecretary position since February, when Trump first nominated him, but he had not been confirmed until Wednesday.

Wolf touts a long history within the Department of Homeland Security and other immigration-related work.

He joined the Transportation Security Administration — an agency within Homeland Security — shortly after the 9/11 terrorist attacks, and served as the assistant administrator of transportation security policy. Wolf recently served as former DHS Secretary Kirstjen Nielsen’s chief of staff. Beyond his career within the federal government, Wolf also worked as a lobbyist and a consultant for more than a decade.

The vote on Wednesday fell mostly along party lines, with Democrat Sens. Joe Manchin of West Virginia and Kyrsten Sinema of Arizona crossing party lines in favor of Wolf. Because of Wolf’s past work as a lobbyist for the National Association of Software and Service Companies, where he advocated for H-1B visas for foreign workers, some immigration hardliners in the GOP needed extra convincing before his confirmation.

The Washington Post confirmed on Wednesday that Wolf, shortly after his Senate confirmation, was officially sworn in as the acting secretary of Homeland Security, making him the fifth individual to hold the job under Trump.