Check Out This New Laser Cannon on a U.S. Navy Destroyer 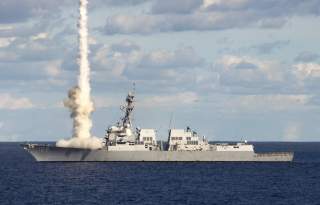