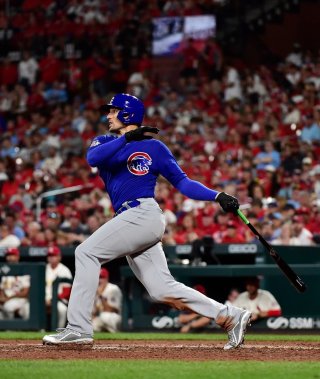 The regional sports network (RSN) model, which has been the primary platform for most regular season sports broadcasts over the last twenty-five years and a major source of revenue for sports teams, is widely believed to be in trouble.

The cord-cutting trend, from which sports have been largely insulated for many years, has begun to encroach on the industry. This has led Sinclair Broadcast Group, which owns a large group of such channels, to prepare to launch a direct-to-consumer streaming service this year. NBC Sports appeared to hint at the launch of such a service earlier this month but walked it back within hours.

Now, a new report indicates something new: A particular team is launching a streaming service to offer access to its games.

According to the New York Post, the Chicago Cubs are in talks with Sinclair to launch a team-specific streaming service, which would be a first. However, Major League Baseball (MLB) is reportedly skeptical of the plan, specifically citing the high proposed cost.

Per the Post, “the Cubs and Sinclair are angling to launch the new service following a tough round of negotiations with cable-TV giant Comcast more than a year ago, which resulted in capping monthly fees for the Marquee Sports Network, the broadcaster of local Cubs games.”

The Cubs’ current television home, the RSN known as the Marquee Sports Network, is owned in partnership between the Cubs and Sinclair.

Earlier reports have stated that Rob Manfred, the commissioner of the MLB, is skeptical about Sinclair's financial ability to produce “high-quality broadcasts,” and that the MLB could launch a streaming service of its own with a focus on regional broadcasts. The MLB is also said to be worried about what will happen if the Sinclair streaming service fails.

The MLB already offers MLB.tv, a service through which fans can pay an annual fee to watch out-of-market games, although those games are produced by RSNs, and subscribers are not allowed to watch the team in their home market.

A price of $18 a month is being “floated” for the Cubs’ streaming service. According to the Post, that has been a point of contention with the league.

“No one is this high,” a source familiar with the negotiations told the newspaper. “The only person that pays this is someone deeply passionate about regional sports networks and that is a small subset of fans.”

That proposed price has also led to some skepticism from outside of the game.

“The idea that the Cubs think their current product is better than HBO Max is laughable,” journalist Jonathan Ballew said on Twitter. “I'd rather watch Euphoria or Succession than the Cubs.”