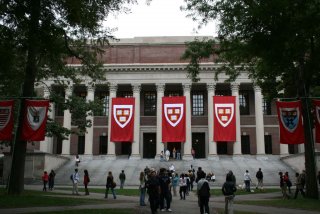 In May 1975, President Gerald Ford signed an executive order establishing the Committee on Foreign Investment in the United States, otherwise known as “CFIUS,” which is an important tool for the Department of the Treasury and its interagency partners to assess whether a foreign acquisition of a U.S. company or real estate transaction may jeopardize U.S. national security interests. Despite 2018 CIFIUS reforms, the scope of the legislation does not cover foreign “investments” into U.S. universities. It should.

Recently in the American Interest, Gary Schmitt and Craig Kennedy wrote that “revitalizing [CFIUS]—creating a CFIUS 2.0—is the way to do it.” By “do it,” they mean “decouple” from China by using the CFIUS regulatory tools to decrease unnecessary critical dependencies on strategic goods from the People’s Republic.

Tacked onto Schmitt and Kennedy’s 2.0 plan should be a “3.0”: CFIUS for U.S. universities concomitant with China.

With the January arrest of Harvard chemistry professor Charles M. Lieber, university administrators took second looks at professors’ and institutes’ sources of international funding and potential lack of disclosure to the U.S. government. Lieber, who garnered over $15 million in grants since 2008, somehow forgot to mention to the National Institutes of Health and the Department of Defense that some of the financial support for his nanotechnology research came from the government of China. His bail was set at $1 million dollars, which is less than what he received from Wuhan University to set up a research facility.

In February, a case similar to Leiber came to light at Emory University. A professor of twenty-three years, Xiojiang Li, and his wife Shihua, who together ran a neuroscience lab, were abruptly terminated and under federal investigation with a court hearing pending. Reportedly, the Lis took hundreds of thousands of dollars from the Chinese Academy of Science while simultaneously benefiting from federal research grants.

The Lis and Lieber benefited from something called the “Thousand Talents” program, which is a seemingly endless money source and a recruitment tool to entice foreign scientists and researchers to “share” their expertise with China. Not surprisingly, this sharing is really stealing. Very cleverly, by reaching into its very deep pockets, the Chinese government dips its fingers into the epicenters of U.S. innovation and cutting-edge scientific research.

Now called the “National High-End Foreign Experts Recruitment Plan,” China’s Thousand Talents program is a way for the Chinese government to tap into the world’s greatest minds. Applying for grants is the constant and arduous struggle of any academic; China knows money is the ideal enticement for a scientist wanting to focus on cutting-edge research rather than lengthy NIH grant applications. Such funding is the perfect way for China to entice scientists to share what they know, whether its advanced artificial intelligence techniques or cutting edge medical science. This “sharing” can at times be a threat to U.S. national security.

Thanks to the conclusions of a recent bipartisan report from the Committee on Homeland Security and Government Affairs, we now know that, despite the Department of Education’s existing regulations on reporting foreign gifts of over $250,000, many U.S. universities have failed in their reporting duties. Such reporting negligence begs for better oversight, or an institutional change in how such foreign monies are monitored.

Only a few weeks ago, seven House committee leaders sent a detailed letter to Secretary of Education Betsy DeVos requesting substantial information on how institutions of higher education report (or forget) their connections to foreign research and investment. This is a terrific first step in truly comprehending China’s shrewd strategies for subtle partnerships with U.S. universities. DeVos’ probe should conclude with a recommendation for better, stricter, and more formal monitoring of these financial arrangements.

Now is the time to broaden CFIUS’ reach beyond industry and real estate and into the Ivory Tower. CFIUS was started to ensure that U.S. companies sold to foreign investors didn’t inadvertently share information and technology detrimental to national security interests. By requiring U.S.-based research scientists to notify CFIUS prior to accepting Chinese funding, the United States should be able to nip disastrous deals like Charles Lieber’s in the bud.

Frances Tilney Burke is a visiting research fellow in foreign and defense policy at the American Enterprise Institute.