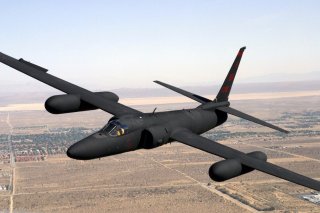 Beijing lodged “stern representations” with the United States on Tuesday and accused Washington of sending a U-2 reconnaissance aircraft to the so-called “no-fly zone” over a Chinese live-fire military drill in the Bohai Sea, the northwestern and innermost extension of the Yellow Sea. China maintains that the People’s Liberation Army had declared the region a no-fly zone and called the U.S. flight “naked provocation,” after the spy planed entered the airspace.

The Bohai Sea is one of three areas where the PLA is conducting concurrent military exercises off the coast of mainland China from August 22 to 26, and Beijing has insisted the flight disrupted China’s “normal” military exercises and training activities.

TaiwanEnglishNews.com reported China's Ministry of Defense stated that the “action severely violated the China-U.S. maritime and air safety code of conduct and relevant international practices,” while Beijing has openly opposed the action and lodged the “stern/solemn” representations, which is Chinese officialese for “diplomatic discontent” with the United States. Moreover, China has called upon the United States to immediately stop such provocative actions and to take steps to maintain peace and stability in the region.

The Lockheed U2, which was nicknamed “Dragon Lady,” is a single-jet, high-altitude reconnaissance aircraft that is capable of flying at an altitude of more than twenty-one thousand meters. It is also a completely unarmed aircraft and uses its ability to fly at an extremely high altitude as its primary defense, and even after more than six decades in service the U2 continues to fly high to provide that eye in the sky for the U.S. intelligence community.

The U2 is also no stranger to the region, as U2 flights had been conducted as far back as the Second Taiwan Strait Crisis in 1958 to determine if the People’s Republic of China was preparing to invade Taiwan. From 1958 to 1974, the reconnaissance aircraft was based in Taiwan and was even flown by the Republic of China’s Air Force Black Cat Squadron, which assessed the PRC’s nuclear capabilities. During that period, five of the aircraft were shot down and three of the pilots were killed while two more were captured.

One of the shot-down aircraft—from January 1965—is now on display at the Military Museum of the Chinese People’s Revolution in Beijing.

The U2 has continued to operate around the world, and the U.S. military even launched the spy planes from the deck of a U.S. Navy aircraft carrier. Over the past sixty years, the U2—which has had quite a colorful history including the time when one was shot down over the Soviet Union—has been regularly upgraded and will likely continue to stay in service for many years to come.

While this week’s incident included a round of verbal salvos, it was nineteen years ago in April 2001, in which a U.S. Navy EP-3 spy plane collided with a Chinese J-10 fighter jet, which resulted in the death of the Chinese People's Liberation Air Force (PLAAF) pilot was killed and the American plane was forced to make an emergency landing on the island of Hainan. The twenty-four U.S. aircrew members were held for eleven days until Washington was forced to apologize for the incident.