China and India: The Conflict the World Really Wants to Avoid 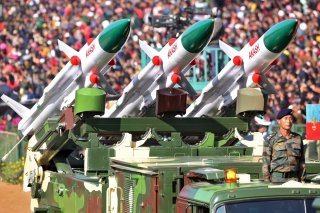 This week China and India agreed to “peacefully resolve” their border tensions in the Himalayas through diplomatic and military channels. This came after Chinese People’s Liberation Army (PLA) carried out a large-scale drill to check preparedness at its border with India. During the maneuver operation, thousands of PLA paratroopers along with armored vehicles conducted drills in the high-altitude northwestern region of Central China’s Hubei Province.

The process was completed in just a few hours but it was the latest saber-rattling in the region and was meant to demonstrate China’s capability to quickly reinforce its border defenses. Footage of the troops boarding civilian planes and trains in advance of the exercises was aired on state broadcaster CCTV on Saturday, the same day top generals from China and India held talks in Moldo, on the Chinese side of the unmarked boundary that is known as the Line of Actual Control (LAC).

According to a release from the Indian Ministry of External Affairs both sides have maintained communications and the meeting took place in a cordial and positive atmosphere.

“Both sides agreed to peacefully resolve the situation in the border areas in accordance with various bilateral agreements and keeping in view the agreement between the leaders that peace and tranquility in the India-China border regions is essential for the overall development of bilateral relations,” the statement noted.

This year marks the seventieth anniversary of the establishment of diplomatic relations between the two countries, and while both sides have pledged to continue the military and diplomatic engagements things haven’t always been so cordial. Tensions have been growing along what is one of the world’s longest land borders and both New Delhi and Beijing have accused the other of overstepping the LAC.

Indian strategic affairs analyst Shishir Gupta, in a piece for the Hindustan Times, suggested the PLA’s maneuvers were part of a “pys-ops” campaign that could lead to disillusionment among the public. He added, “It is quite evident that the resolution of the current stand-off in eastern Ladakh will require a series of engagements with small incremental steps each time, if at all. Given the heavy deployment on both sides, each side would look for concessions from the other before the status quo ante is restored.”

China has been increasingly broadcasting such displays of power.

Groups of tanks and other armored vehicles attached to the 76th Group Army under the PLA Western Theater Command had previously conducted a long-distance maneuver on May 14.

Thousands of soldiers from both China and India have been locked in a standoff for the better part of a month. Among the ongoing issues is the strategic road through the Galwan Valley in Ladkh that India has been building—a move opposed by China.

While the Western media often portrays the Kashmir dispute as just one between India and Pakistan, China also controls some 17 percent of the territory. The LAC has existed since 1962 when the world’s two most populous countries went to war in a pair of remote, mountainous border regions. In less than a month, China dealt India a devastating defeat, which drove back Indian forces on all fronts.

The legacy of the 1962 resonates in both countries to this day.

India has fallen far behind China’s military, but today both countries share the outsized ambition to be a “great power” in Asia—if not the most powerful. China and India have, respectively, the largest and second-largest militaries on the continent and the highest and second-highest defense budgets. Both have huge domestic defense industries as well.

For now cooler heads have prevailed, but just as India and Pakistan continue to face one another in the region, so too will India and China. While such a future conflict could be disastrous for New Delhi, it could be equally devastating for Beijing—one that the world would be best to ensure it is avoided.