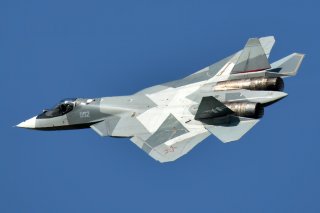 Russia’s Defense Ministry explained that Russia and China have “expressed a shared interest in stepping up strategic military exercises and joint patrols. During the call, Shoigu explained that both his country and China have been partners on many issues for years, but that “today, in conditions of increasing geopolitical turbulence and growing conflict potential in various parts of the world, the development of our interaction is especially relevant.”

Russian and Chinese military cooperation has recently accelerated. Earlier this month, a joint Sino-Russian naval group sailed through Japan’s Tsugaru Strait, a body of water that separates Japan’s northern and southern islands. Though the strait bisects the country, the narrow body of water part of international waters thanks to a legislative quirk that allows American nuclear submarines to transit the passage— and any other Navy.

Russia and China’s interests intersect in several ways. Though both countries acknowledge the danger posed by global warming, Beijing and Moscow could benefit enormously from a warming climate. For Russia’s part, a thawing Siberia opens up access to mineral resources. In addition, less ice in winter could allow Russian oil exploration in areas that were previously too costly to access.

It is no surprise, given Russia’s geography, that the country is an Arctic power. However, it is surprising that China calls itself a near-Arctic power, a designation that has aroused suspicion and controversy among the Arctic powers.

Russia and China have stepped up military cooperation in other areas as well. Earlier this month, both country’s sent strategic bombers over the East China Sea and the Sea of Japan during a joint air patrol. The Japan Air Self-Defense Force escorted parts of the convoy in areas near Japan.

Though perhaps not a pariah state, Russia’s relationship with the United States and Europe sank precipitously following the 2014 annexation of Crimea. China too is open about its desire to graft Taiwan, the embattled island democracy off China’s coast, to the mainland. Some experts believe China could try to take Taiwan by force within the decade, perhaps as soon as four to six years.

Given Russia and China’s deteriorating relationship with the United States and Europe, it is no surprise the two countries are moving toward closer military relations. While not yet committed to a concrete military alliance, Beijing and Moscow appear committed to jointly opposing the West.