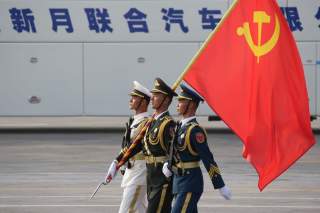 Key Point: You have to have an obtainable objective before starting a war. It seems Beijing did not. Here is what happened and the lessons we can learn.

Several years back, during then President Barack Obama’s recent barnstorm through East and Southeast Asia, he announced in a joint press conference with his Vietnamese counterpart Tran Dai Quang that the embargo on weapon sales to Vietnam was to be lifted. Though the White House had hitherto reassured human-rights watchers that any negation of this Cold War–era policy would be directly tethered to Hanoi’s record of improvement on issues of freedom of conscience (admittedly described by Obama as “modest”), what ended up proving more important in the eyes of Washington officialdom was what Harold Macmillan once described as the primary determining factor in politics: “Events, dear boy, events!”