China Is Arming Its Bombers With Supersonic Cruise Missiles 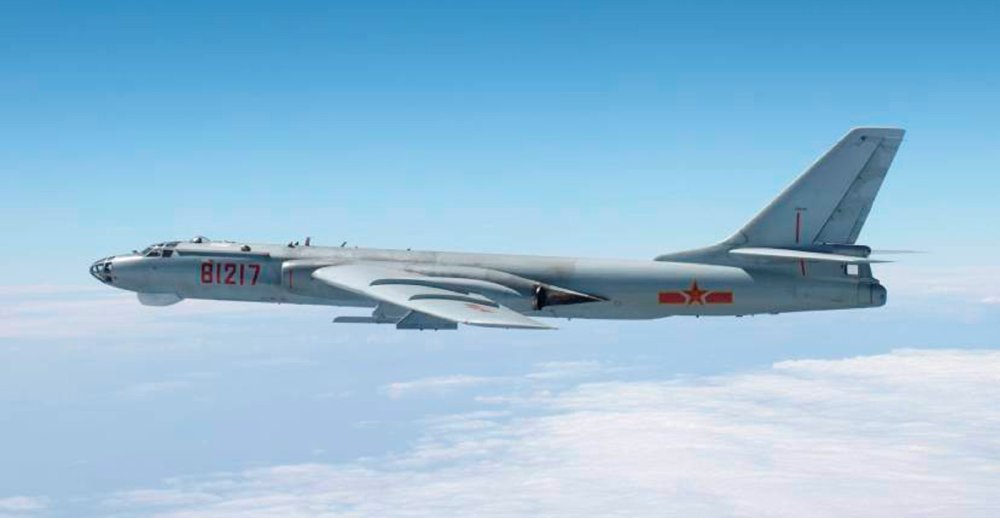 China is arming its long-range bombers with supersonic cruise missiles.

The H-6N strategic bomber can carry the CJ-100 missile, which would increase the bomber’s strike range to 6,000 kilometers (3,728 miles), according to the South China Morning Post.

This would put Guam well within strike range. Hawaii, which is about 5,000 miles from Shanghai, would also be uncomfortably close, especially if Chinese bombers and missiles eventually achieve longer range.

The H-6N can also carry the WZ-8 supersonic spy drone under its fuselage, a Chinese military source told the Post.

The H-6N is the latest version of China’s venerable H-6 strategic bomber, which is descended from the 1950s Soviet Tu-16 twin-engined bomber. In August 2019, Chinese media reported that the H-6K version, which debuted in 2009, would be armed with hypersonic missiles that would extend its strike range to 3,000 kilometers (1,864 miles).

There don’t seem to be many details on the new H-6N, which made its first public appearance during a National Day parade October 2019. The state-controlled Xinhua news agency described it as a “home-made strategic bomber capable of air refueling and long-range strike.”

Observers noted the H-6N at the parade had an aerial refueling probe and a semi-recessed area under the fuselage that replaced the bomb bay found on earlier models. That area would allow larger weapons to be mounted as compared to the wings and bomb bay of an H-6K.

“Aerial refueling could expand the H-6N’s operational range by 500 kilometers over the H-6K to more than 4,000 kilometers,” the Chinese military source told the Post. “So, in theory, the CJ-100 could take the H-6N’s strike range to about 6,000 kilometers.”

One Chinese defense magazine claimed the CJ-100 had a maximum speed of Mach 4.5. But the Post noted that it uses ramjet rather than more advanced scramjet propulsion. “As a result of China lagging behind its competitors in scramjet engine development, the CJ-100 uses less powerful ramjet engines with rocket boosters and an aerodynamic air inlet designed to improve its speed and lower its cost.”

Compounding the mystery is a story on China’s state-controlled Global Times, which refuted claims by a Chinese defense publication that a photo of the H-6N showed the aircraft carrying an air-launched ballistic missile. “The images are computer generated, merely conceptual and have no official background,” Global Times reported.

Whether this is an actual denial, or just an indirect way of drawing attention to a new weapon that could threaten U.S. bases in the Pacific, isn’t the point. China is clearly trying to make the Cold War H-6 a potent weapon 21st Century weapon by equipping it with long-range standoff missiles.

Russia has its Khinzal air-launched ballistic missile, carried on Tu-22M3 bombers and MiG-31 fighters. The U.S. has tested hypersonic missiles launched from a B-52. It is only logical to expect China to attempt to follow suit.