China Can Copy America's F-22, But The J-20 Stealth Fighter Doesn't Match Up 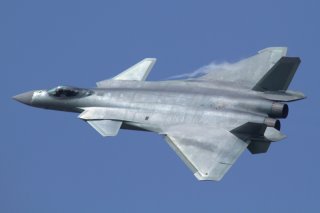 Here's What You Need To Remember: Although the J-20 has been pushed into service, recent problems with the J-15 carrier-based fighter suggest that the Chinese answer to the F-22 isn’t quite ready for prime-time despite propaganda from Chinese-owned media outlets that portray the J-20 as a fully-armed and operational battle station.