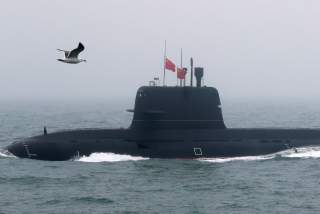 Key Point: China is determined to defend its long coastline and project power.