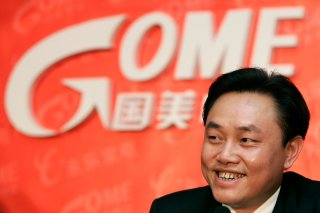 A lot has happened in Italy over the past six centuries or so. There were many, many wars. Lots of popes, too. Also the Renaissance. Plus the films of Federico Fellini. And Totti.

But through it all, the surnames of the successful haven’t changed so much. At least that was the main finding in the 2016 paper, “Intergenerational Mobility in the Very Long Run: Florence 1427-2011” by Italian economists Guglielmo Barone and Sauro Mocetti. The researchers looked at tax records from Florence in 1427 — including surnames, occupations, earnings, and wealth — and matched them to city tax records from 2011. The top-earning surnames today “were already at the top of the socioeconomic ladder six centuries ago – they were lawyers or members of the wool, silk, and shoemaker guilds; their earnings and wealth were always above the median.”

One event not experienced by Italians was a brutal communist revolution followed by decades of totalitarian rule. Had that happened, maybe the researchers wouldn’t have found such a persistence of socioeconomic status. Inequality would have been forever beaten out of society.

Take China, for instance. The second half of the 20th century saw that country experience two major revolutions: the Communist Revolution in the 1950s and the Cultural Revolution from 1966 to 1976. As described in the new working paper “Persistence through Revolutions” by Alberto Alesina, Marlon Seror, David Yang, Yang You, and Weihong Zeng, those tumultuous events represented “two of the most extreme attempts in human history to eliminate the advantages of the elite, to eradicate inequality in wealth and education, to close down formal channels of intergenerational transmission such as inheritance and schooling, and to erase cultural differences in the population, especially between the rich and the poor.”

The expropriation and redistribution of land, as well as the closure of secondary schools and universities, were particularly effective in achieving the “homogenization of the population.” But only over the short run. When China opened up, the old inequality returned. From the paper:

However, three decades after the introduction of economic reforms in the 1980s, the descendants of the former elites earn a 17% higher annual income than those of the former non-elites, such as poor peasants. The grandchildren of pre-revolution elites systematically bounced back, despite the cards being stacked against them and their parents. They could not inherit land and other assets from their grandparents, their parents could not attend secondary school or university due to the Cultural Revolution; their parents were unwilling to express previously stigmatized pro-market attitudes in surveys; and they reside in counties that have become more equal and more hostile toward inequality today.

One channel we emphasize is the cultural transmission of values from one generation to the other. The grandchildren of the former landlords are more likely to express pro-market and individualistic values, such as approving of competition as an economic driving force, and willing to exert more effort at work and valuing education as an input into success. In fact, the vertical transmission of cultural values (“informal human capital”) is extremely resilient: even stigmatizing public expression of values may not be sufficient, since the transmission in the private environment could occur regardless. The cultural transmission within the family seems to have survived extraordinarily broad and deep institutional and political changes, with an extraordinary resilience.

And here is the example of the persistence of advantage in the family history of Guangyu Huang:

Guangyu was born in 1969. His grandfather was a rich landlord in Guangdong, who lost most of his land and assets during the Communist Revolution. Guangyu’s father, Changyi Huang, grew up in the midst of the Communist and Cultural Revolutions, and as a result received no inheritance, no formal education, and eked out living by extracting persimmon oil. Guangyu grew up after the revolutions, but lived by collecting trash with his siblings during his early childhood. Eventually, Guangyu graduated from Renmin University, one of China’s most prestigious colleges. Guangyu’s fate changed in 1987 when he seized the opportunity of the first wave of private enterprise boom during the reform era of China, and founded GOME Electronics. GOME became a huge success, making Guangyu the richest man in mainland China between 2004 and 2018, with a net worth of RMB 36 billion (approximately US$ 5 billion). While this is certainly an extreme example, we show in the paper that Huang’s family story represents a more general pattern across China. Despite extraordinary repression, the descendants of the pre-revolution economic elite are significantly better off today than the descendants of the pre-revolution poor.

One thing that popped into my head while reading this was the possible role of innate or biological traits. The researchers do address this issue. Because they did not have direct measures of personalities or intelligence, they could not “rule in or rule out the possibility that these characteristics contribute to the persistence.” That aside, the paper does provide a valuable lesson in a) just what it takes to stomp out inequality — and how if you ease up on those draconian measures it just comes roaring back — and in b) how foreign such radical equality is to the successful human experience.