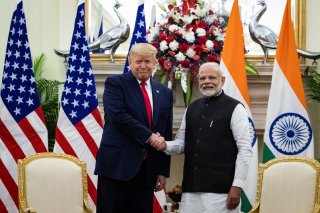 A military border stand-off between nuclear-armed neighbors India and China in the Himalayas escalated into deadly clashes on June 15, constituting the worst fighting between the two countries in over five decades and leaving scores of dead and injured soldiers on both sides.

The latest round of blows signifies a major escalation in a border confrontation between the two most populous nations and largest armies, especially since the mutually-respected rules of engagement, having prevented a single casualty for forty-five years, were finally broken. India has now accused China of violating these rules in a “premeditated” attack on its troops in the strategically important Galwan Valley in Ladakh.

Despite ongoing disputes, both sides maintained relative peace and built upon their complex relationship. So much so that Prime Minister Narendra Modi and President Xi Jinping met a whopping eighteen times since Modi’s election in 2014. Unfortunately, these meetings that were meant to build this relationship now serve as mere images, seared into the minds of angry Indians, of the two leaders swinging cozily on the banks of the Sabarmati river in Ahmedabad during Xi’s visit to Modi’s home state of Gujarat. The violent standoff has shocked the country and raised questions on what Modi’s diplomatic efforts and alleged bonhomie with Xi have achieved.

For Indians, history stands as a painful reminder when it comes to China. India’s crushing defeat at the hands of the People’s Liberation Army during the 1962 border conflict with China was a turning point in India’s foreign policy vision—it led to a massive strategic shift from idealism to realpolitik and forced India to prioritize and embrace hard power aspects such as military modernization, in addition to developmental and other national concerns.

This idealism pushed by Prime Minister Jawaharlal Nehru at the time, under his Hindi Chini Bhai Bhai (India and China are brothers) rhetoric, has evoked a bitter sensation of déjà vu for Indians. As the old saying goes, “Once bitten twice shy.” But as China betrayed India in the 1960s, fast forward to 2020, and it seems China has once again stabbed India in the back.

India today stands at a critical juncture as it can no longer avoid making serious choices and difficult diplomatic decisions. Amidst efforts to de-escalate, one thing is certain—the scale of recent killing ensures that business-as-usual is no longer an option.

America in the Wings

Unlike in the 1960s when India did not gravitate towards the United States during the Cold War, India now finds itself in a more favorable position, with Uncle Sam waiting in a long-overdue embrace.

America’s desire for stronger ties with India is no secret. It has long wooed and courted India as a security and economic partner and counterweight to an expansionist and assertive China. But in line with its Cold War hangover of non-alignment, India has demonstrated reluctance to align as explicitly as America wishes for fear of provoking its more powerful neighbor.

Even under Modi’s energetic diplomacy, India continued to tread with balance and caution in its foreign relations. Scholars argue that India’s Cold War-era strategic thinking persists and “non-alignment” has simply become “multi-alignment”—both essentially implying an aversion to alliances.

And yet over the past several years, India has heightened its geniality towards the United States. As part of broader efforts to balance China’s growing power, India joined several security groupings, including QUAD and JAI with like-minded democracies America, Japan, and Australia. Just recently, Australia and India signed a major defense agreement, granting access to each other’s military bases. India’s relationship with Israel—one of America’s staunchest allies—underpinned by its “sky is the limit” rhetoric is already a favorite of the Modi administration. But the road has often been rocky—trade issues and unrealistic expectations dampened outcomes. Even so, India has slowly but steadily moved closer to the American camp.

As nations fumed at China’s handling of the coronavirus pandemic and China-U.S. tensions peaked, India too jumped on the bandwagon of global backlash, albeit in a more subtle way. While officials behaved with nuance and steered clear of blame games regarding China’s coronavirus response, Indian media peddled an anti-China narrative, urging the boycott of Chinese products. Political figures critiqued China’s lack of transparency and authoritarianism, going so far as questioning the Chinese model of governance. India, along with Australia and the European Union, imposed certain restrictions on Chinese investments in their countries, further demonstrating this subtle approach.

Instead, China’s deadly actions might have achieved exactly the opposite—cementing New Delhi’s strategic tilt towards Washington.

The deadly standoff between the two Asian giants is India’s starkest test yet and will spark a mammoth change in India’s attitude towards China going forward. With India’s 2020 military budget of $74 billion, relatively small compared to China’s $179 billion, the asymmetries of power between the two countries—both economically and militarily—are significant. As Samir Saran, head of India’s Observer Research Foundation opines, a sustained response to Chinese aggression means India will have to utilize its military, economic, and political options.

Likeminded partners are equally important for India in this context, and the standoff could be the catalyst India needs to finally shed non-alignment in its traditional sense and align its interests with those of the United States, with lesser qualms or hesitations.

As former Indian foreign secretary Gokhale recently stated, “In the post-COVID age, enjoying the best of both worlds may no longer be an option.” As the tragic events along its border with China have shown, India may have finally learned this lesson the hard way.

Shairee Malhotra is the 2020 South Asia Fellow at Young Professionals in Foreign Policy, and Associate Researcher at the European Institute for Asian Studies (EIAS) in Brussels. A graduate of Queen Mary University of London where she received her MA in International Relations, Shairee has over six years of experience in think tanks in Mumbai and Brussels and has also worked with the European External Action Service (EEAS) - the official foreign policy arm of the EU. Previous examples of Shairee's work can be found in Haaretz here and here, and in the Diplomat here.