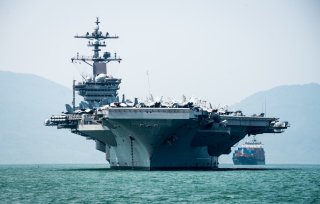 The recently released ISEAS-Yusof Ishak Center annual State of Southeast Asia Report—which relies on survey data of business leaders, policymakers, and academics to get a snapshot of prevailing attitudes in the region—found that an overwhelming 73 percent of Vietnamese would align with the United States over China if forced to choose. Considering it was just forty years ago that the two countries fought a brutal war and today have opposing views on human rights, freedom, and governing philosophies, this announcement is incredible. None of this is welcome news for China, which values Vietnam as a neutral actor in its competition with the United States for hegemony in Asia. Although China has had a strong relationship with Vietnam since it fought its own war against its southern neighbor in 1979, Beijing’s recent actions have made Vietnam’s hedging inevitable.

There are valid reasons why Vietnamese feel so strongly about China. China has taken an aggressive approach in Southeast Asia in regard to territory, discourse, and economics, especially since President Xi Jinping was named to its governing and party leadership in 2013. China has taken territory in the South China Sea and Bhutan, used its economic leverage to bully countries that criticize it on the world stage, and deployed aggressive rhetoric filled with hyperbole, insults, and conspiracy theories known as “Wolf Warrior Diplomacy.”

Vietnam is all too familiar with Chinese aggression, especially in the South China Sea where contentious interactions have characterized relations and played the most significant role in Vietnam’s distrust of China. With its dubious nine-dash line, China has declared ownership over the vast majority of the South China Sea. Accordingly, China and Vietnam have overlapping claims of key shipping lanes, the Parcel and Spratly islands, and the natural resources within these territories. China has aggressively defended and asserted its claim over its “territory,” while it has not been shy to publicly tell Vietnam that its claims are illegal. China has also militarized the area, built artificial islands (over 3,200 acres in the Spratlys since 2013 alone), and prevented Vietnam from extracting the resources there. For instance, in 2020, two Vietnamese ships were rammed and sunk by Chinese maritime vessels, and Vietnam lost billions of dollars after it canceled a South China Sea oil drilling contract with Clyde Boudreaux due to Chinese pressure.

Notably, Vietnamese do not view Chinese belligerence in a vacuum—it is amplified by the two neighbors’ long history of profound cultural distrust. Beginning in 111BC, China colonized Vietnam, which started a nearly 1,000-year reign until AD 939. After that, China’s control of Vietnam wavered off and on until the French established a French protectorate in Vietnam in 1883. After providing brief support against the French, China became mired in internal struggles and lost the bandwidth to interact with its southern neighbor until the Chinese Communist Party (CCP) gained power in 1949. Once the United States escalated its involvement in Vietnam (1964) to a full-fledged war, China began assisting its ideologically aligned ally. However, this support was short-lived, and for a myriad of reasons, China then invaded Vietnam in 1979—kicking off a brief but violent struggle that claimed tens of thousands of lives.

This history plays a crucial role in how Vietnamese view China. As one Nikkei Asia writer put it, “Most Vietnamese consider resistance against China to be the continuation of a thousand-year conflict.” Put another way, modern-day Vietnamese nationalism defines itself in contrast to China, resulting in much of Vietnamese folklore concentrating on Vietnamese nationals who resisted Chinese rule. For example, many famous stories in Vietnam involve historical figures with mythical proportions that struggled against Chinese imperialism—such as the Trung sisters who waged a revolt against the Chinese in AD 40 or Ngo Quyen who ended Chinese control of Vietnam in AD 939. These stories are reinforced by naming streets and buildings after the same historical figures and focusing the grade school history curriculum on Vietnamese struggle against China.

This historical perspective explains why we have seen multiple examples of visceral reactions in Vietnam to Chinese action. The most significant illustration came in 2014 when the Chinese stationed an oil rig in disputed territory. Following a tense standoff between Vietnam and China, Vietnamese nationalist sentiment erupted into violent protests across the country that targeted ethnic Chinese and their businesses—killing a total of twenty-one people.

Chinese actions are threatening Vietnam’s autonomy and territory while exacerbating Vietnamese nationalism, thereby restricting Hanoi’s ability to engage with Beijing. This presents an opportunity for Washington to deepen its strategic and military relationship with Hanoi—an opportunity China does not want to see America capitalize on. Vietnam’s economic growth, military power, geographic location, and diplomatic prowess make it a highly-valued actor in the emerging great power competition.

Yet Vietnam and America also have a difficult history to reconcile. Shortly after France’s expulsion from Vietnam in 1954, the United States began to shift its involvement from passively supporting the French in the First Indochina War to establishing its own military presence there. By 1964, following the Gulf of Tonkin incident and the subsequent Gulf of Tonkin Resolution granting President Lyndon Johnson the ability to take “all necessary measures” to prosecute a war in Vietnam, the United States became fully involved in the country. The war would last for nine years before the Nixon administration evacuated U.S. troops in 1973. The conflict left behind hundreds of thousands of dead, smoldering villages, and war crimes that created a level of distrust and hatred rivaled by few nation-to-nation relationships.

But more recently, we have seen the strategic and military relationship develop further—which can be traced back to May 2016 when President Barrack Obama visited Vietnam. During this visit, Obama announced the end of the U.S. arms embargo against Vietnam. This moment represented a significant shift in Vietnamese-American relations. As Obama remarked, “With our new Comprehensive Partnership, our governments are working more closely together than ever before. And with this visit, we’ve put our relationship on a firmer footing for decades to come.” Following Obama’s opening up to the country, which continued under Presidents Donald Trump and Joe Biden, Vietnam has invited the United States to annually anchor multiple aircraft carriers at Vietnamese ports (despite officially only allowing one ship per foreign navy per-year to visit), participated in joint military exercises, invited high-level officials to the country (including a visit by a U.S. secretary of defense every year since 2018), and bought millions of dollars worth of military equipment (including UAV systems and coast guard cutters).

Nonetheless, U.S. support for democracy and human rights, the Vietnam War’s legacy (namely Agent Orange residue), Vietnam’s close military relationship with Russia, and Vietnam’s overall desire to not become dependent on America have been holding the relationship back. As a result, Vietnam has deepened its ties with other states, especially South Korea, India, Australia, and Japan. Yet these nations are not palatable for China either; They also have contentious relations with Beijing and share the United States’ support for the rules-based international order and concerns with Chinese ambitions.

Given its history, Vietnam has always been distrustful of being too dependent on larger powers and is, therefore, seeking to balance between the United States and China. As a 1998 defense white paper states, Vietnam established guiding principles for its defense policy in the “Three Nos”: no military alliance, no foreign military bases on its soil, and no aligning with one country over another. The last “No” would preclude a significant alignment with the United States over China. Nevertheless, as RAND scholars Derek Grossman and Dung Huynh have noted, “Hanoi has significantly bent this rule.” China’s strategic error has been to give Vietnam no choice but to bend this rule by strengthening relations with powers hostile to Chinese ambitions. As Vietnam deepens its ties with America out of anxiety, China only has its belligerence, territorial ambitions, and bombastic rhetoric to blame.

Vincenzo Caporale holds a master’s degree in International Relations from the University of Cambridge. He is currently a feature writer at the Borgen Magazine and an Editorial Intern for the National Interest. His work focuses on development and geopolitics in Southeast Asia. You can reach Vincenzo or follow his work on Twitter @VincenzoCIV