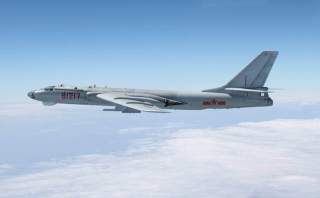 The H-6K is a 21st-century version of a Soviet bomber that first flew in April 1952.