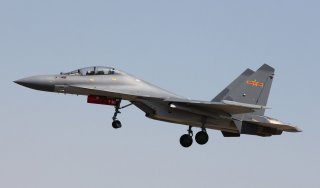 Beijing's expansion to the highly contested South China Sea has been about securing access to the region's vast natural resources including oil and gas. It holds an estimated 190 trillion cubic feet of natural gas and 11 billion barrels of oil in proved and probable reserves, with much more potentially undiscovered; but there is also an abundance of near-shore placer minerals including titaniferous magnetite, zircon, monazite, tin, gold, and chromite.

Additionally, the region is home to a wealth of fisheries and remains a vital trade route in the Pacific Rim.

China has staked its claim to those resources via its militarized outposts in the Spratly Islands while it further expanded its reach in the Paracel chain via manmade islands.

According to a report from Radio Free Asia, Beijing isn't just interested in the abundant natural resources – which of course it most certainly is – but there is also what has been described as the South China Sea's "most valuable but least visible resource: data."

The Chinese military is using the South China Sea to collect data on ongoing construction activities, to improve naval weapons and underwater communications. More importantly, what it learns in the region can be used to help the People's Liberation Army Navy (PLAN) prepare for a future conflict in the region. It can better understand how to conduct an amphibious landing in the region, but also how to conduct operations in an "ocean battlespace environment."

Those are the warnings from Ryan Martinson, professor of the U.S. Naval War College's China Maritime Studies Institute.

"China needs to collect this information because it is used to build and improve models for how these elements of the ocean battlespace environment change under particular circumstances," Martinson told Radio Free Asia.

Data gathered from Beijing's remote outposts can be used to aid the PLAN in the region, and that can help it prepare for a conflict with the United States or a regional adversary. This includes greater understanding of the tides, currents, wave height, temperature, wind and even salinity – all of which are subject to change.

"Being able to forecast these changes is very important to the PLAN because these elements directly affect naval operations, everything from basic navigation to weapons employment to ISR (intelligence, surveillance and reconnaissance)," Martinson told BenarNews in January, during its report that China had reclaimed additional territory o the northern side of Woody Island.

That has been Beijing's main base in the Paracel Islands, which has been fortified against erosion.

These efforts to understand the region in such detail isn't actually new. Soon after China occupied Woody Island – the largest of the Paracel chain – in the 1950s, it established a meteorological station. Beijing has not made this study a secret. In May 2012, Chinese state media reported that PLAN meteorologists have measured factors such as wind direction, wind speed, temperature and tides every two hours every day for the past 30 years.

"Tides are an especially important factor in amphibious operations," said Martinson. "If you are trying to land on an island or bring a ship close to an island, you need to know how tides affect the water depth around the island at any given time."

This is something that Allied planners knew quite well in the lead up to the D-Day landings in Normandy, France during World War II. The difference now is that Beijing is studying the tides and so much more to ensure it isn't caught off guard in a potential conflict.