China Has Unveiled Its J-20 Stealth Fighter, And It's Missiles Far Out-Range America's 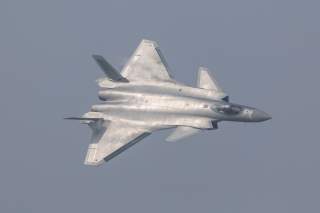 Key point: We don't know a lot, but it shows that China's military is improving.

Mark Episkopos is a research assistant at the Center for the National Interest. This article originally appeared last year.