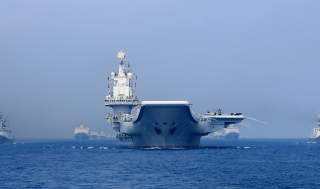 Key point: China’s downsizing of its carrier ambitions may leave it with more time to evaluate just what the carriers of the future will really look-like—and whether they’re worth the cost.